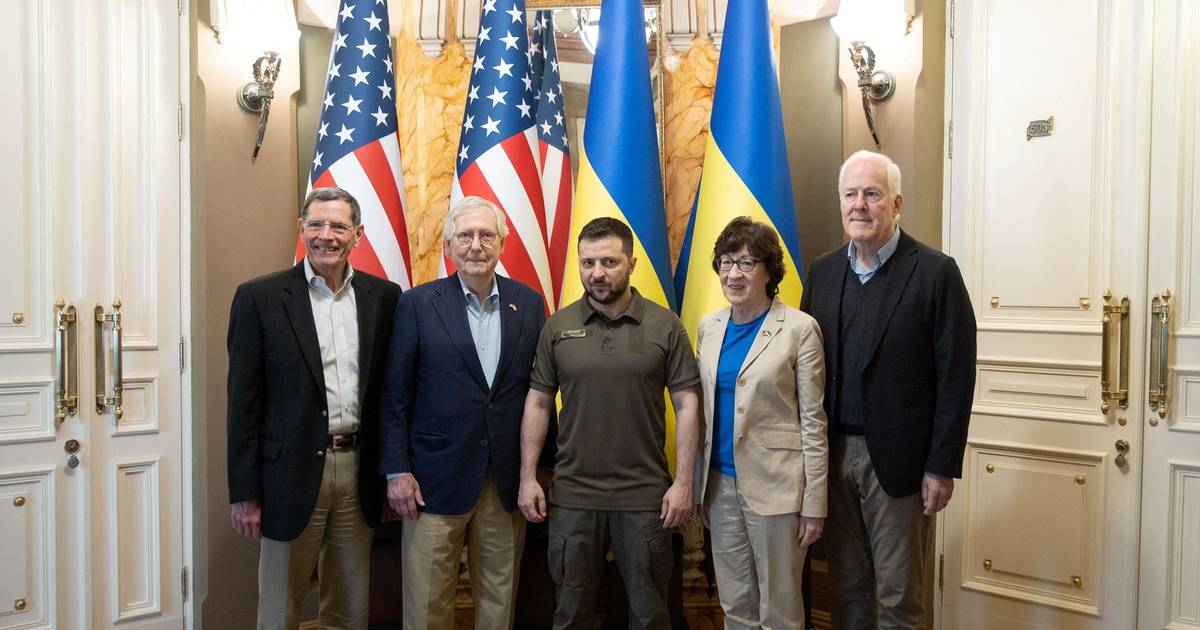 Ukrainian President Volodymyr Zelensky met in kyiv with a US parliamentary delegation led by Mitch McConnell, leader of the Republican minority in the US Senate, according to a statement issued by the Ukrainian presidency on Saturday.
“I look forward to the support of the United States for the imposition of new sanctions,” Zelensky said during the meeting in the statement. Furthermore, we believe that Russia should be officially recognized as a state sponsor of terrorism.” He also thanked “the United States for its leadership in supporting Ukraine,” saying that it protects not only his country, “but also democratic values ​​and freedoms and the right of countries to freely choose their future.”
In his daily video address, Zelensky said that this visit demonstrates once again the strong bipartisan support for our country and the strength of relations between the American and Ukrainian people, noting that he discussed “financial and military support” for Ukraine as well as the issue of “sanctions against Russia”.
A video clip posted that same day on Zelensky’s Instagram account showed a small group of US parliamentarians entering the presidential palace in kyiv before being greeted by the Ukrainian president.