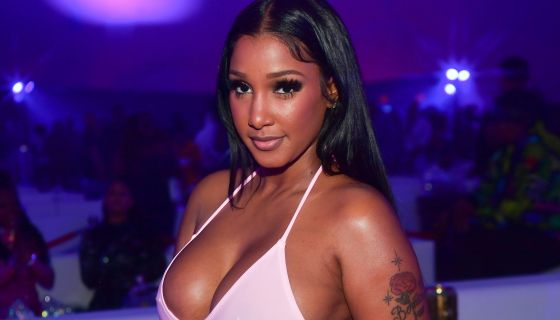 As expected, we’ve compiled swoon-worthy stunners (and our thirst-trappin’ celebrity faves) with Chloe Bailey making her return to the series ahead of her upcoming single ‘Treat Me.’

She teased the buzzy follow-up to solo debut ‘Have Mercy’ in a 25-second snippet paired with a visual of her leaving the Valentino store with luxury shopping bags.

Both “Treat Me” and debut single “Have Mercy” are expected to appear on her highly anticipated solo debut album that’s still without a release date.

“I’m wrapping it up with such bad b*tch energy,” she revealed in an interview with Billboardadding that it’s “the most liberated and happy that I have felt.”

At this point, we’re three months into 2022 where we’re finally returning to some sort of normalcy after two years of uncertainty.

There’s also elite baddie energy from Johanna Leia, Mellow Rackzand Day Sulan so feast your eyes on these beauties and enjoy the latest helping of tidday meats and treats on the flip.