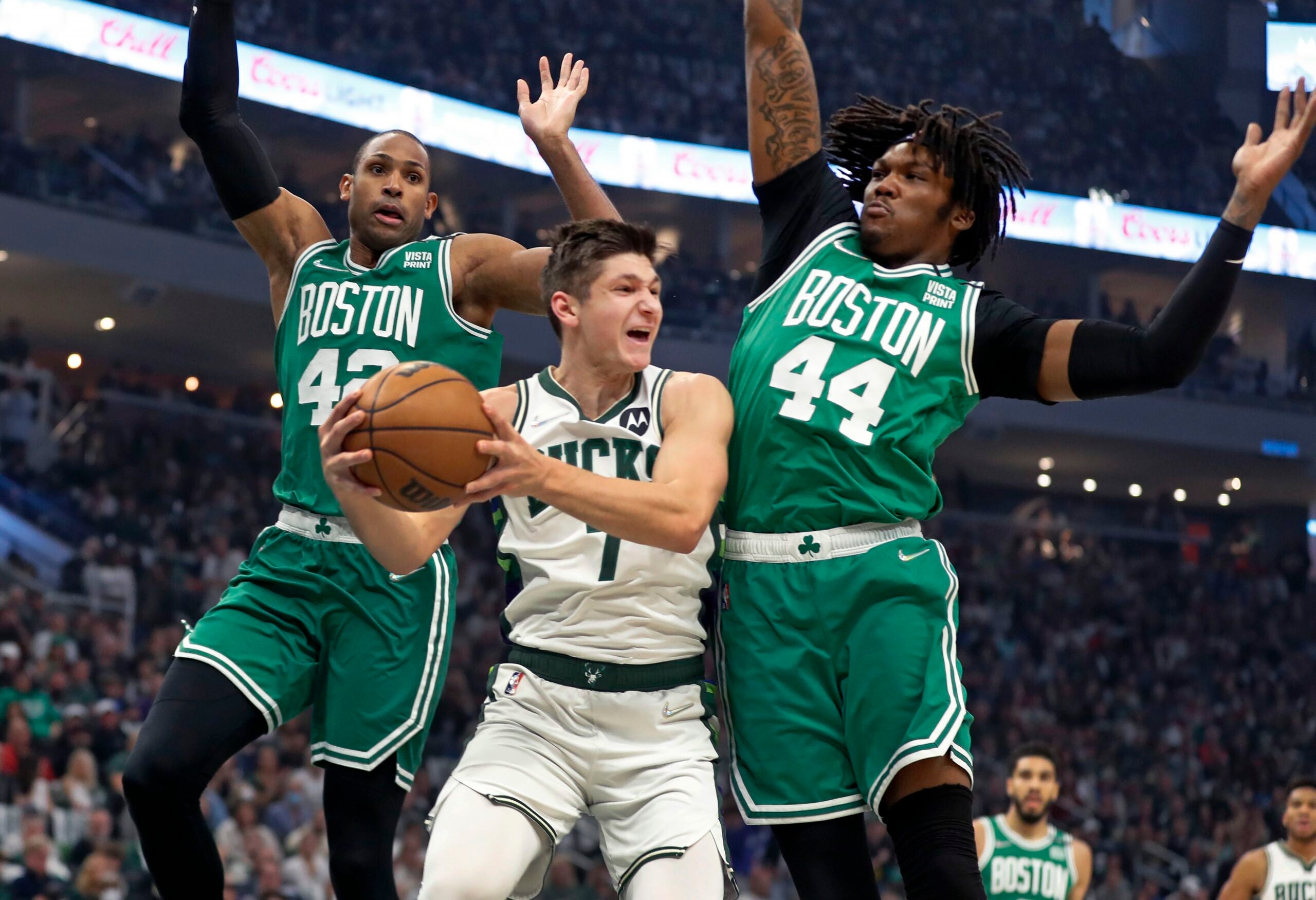 Fact: For a six-year period in the early ’80s, the NBA used to award an annual Comeback Player of the Year award.

It was eliminated after the 1985-86 season, in part because the top candidates weren’t just freshly scarred players coming back from herniated discs and torn cruciate ligaments, but guys coming back from one-year suspensions under the company’s drug policy. league.

I guess I can see why they abandoned it. The spirit of the thing was not supposed to be the best player we think kicked his coke habit.

But it’s a shame they haven’t recaptured the award in recent years, in this version of the NBA of healthier living and smoothies. It’s okay, maybe it’s not that innocent, but you get the gist.

An impressive and well-deserved return is always something worth saluting.

Al Horford would be an ideal candidate for such an honor after this season’s rejuvenating return to the Celtics, where he previously played his steady and intelligent brand of basketball from 2016-19.

And in the smaller game specific sense, it was Horford Saturday who was the fulcrum of the Celtics’ comeback in Game 3 of the Eastern Conference semifinals against the Bucks that was impressive even as he dropped a split second and a couple of points. below what they needed.

In a hard-fought matinee in Milwaukee in which Jayson Tatum’s vast powers deserted him and others in the Celtics’ supporting cast struggled to knock down open shots in a 103-101 setback, Horford was his rock, delivering a terrific performance. general. He scored 22 points, grabbed 16 rebounds and dished out a team-high 5 assists.

He also defended the Bucks’ force of nature, Giannis Antetokounmpo (42 points), as well as any Earthling could be expected to do, especially since there’s apparently an unwritten rule that Giannis can only be called for one in a dozen of obvious charges. Heck, the way they call it, it might even be written at this point.

Along with Jaylen Brown (who started slow but finished with 27 points) and Derrick White (an encouraging 14 points in 21 minutes), Horford lifted the Celtics in the final 12 minutes after the Bucks took an 80-67 lead at a dominant party. third quarter.

In the first minute of the fourth quarter, Horford blocked a Giannis shot, grabbed a rebound and hit a 3-pointer to cut the Bucks’ lead to 80-72 and confirm the Celtics weren’t going to be silent.

Yet for all the big plays he made, it’s one the clock didn’t allow him to make and one that will take until Game 4 on Monday night. The Celtics couldn’t catch or create a break in the minute. With the Celtics up a point, 100-99, with 50 seconds remaining, Grant Williams was unable to grab an offensive rebound after Marcus Smart missed a wide open 3-pointer.

Then, with the Celtics down 103-100 and the final seconds running out, Smart appeared to be fouled by Jrue Holiday while shooting a 3-pointer with 4.6 seconds remaining. Officials got it wrong: Anyone familiar with Smart’s work knows he was toying with it, right? — call the foul on the ground and give Smart two shots. He made the first, deliberately missed the second and knocked down the rebound himself.

With seemingly every Buck present and maybe a couple from the past surrounding him as well (I could have sworn I saw Paul Mokeski in the trees), the throwback was missed. Rob Williams was wild on a tip attempt, and Horford missed a tip from the other side of the rim. . . before his second, from closer, entered.

Tie the game and go to extra time? So close. So, so close. But no. Replay confirmed that the ball was still at Horford’s fingertips when time expired. Horford didn’t seem to need the replay to confirm that it was too late. After giving the tip, he didn’t react like a man who just saved the day. He reacted as if he knew that time, for a split second, had not been on his side.

Still, the blackouts and what might have been won’t detract from the Celtics’ resilient performance and their nearly 36-year-old center, who insists on playing like he’s a decade younger.

Allow me one last awards-focused digression, please: Doesn’t Brad Stevens deserve Executive of the Year consideration for taking Horford, who was exiled from a bad basketball marriage in Philadelphia, to Did-Not-Play, We’re- tank? been with Oklahoma City last season, because of Kemba Walker and his bad knees and crippling contract?

Imagine what this team would look like if that deal, the first Stevens made in his role as president of basketball operations, had never materialized. They wouldn’t be playing right now, that’s for sure.

Stevens has always appreciated what Horford brings to the table. “Her presence of his makes selfless basketball contagious,” he once said.

On Saturday, Horford’s presence helped, actually spearheaded, a Celtics charge of what might have seemed like a lost cause.

No, there may no longer be a Comeback Player of the Year award. But thank God, Horford came back here this year.