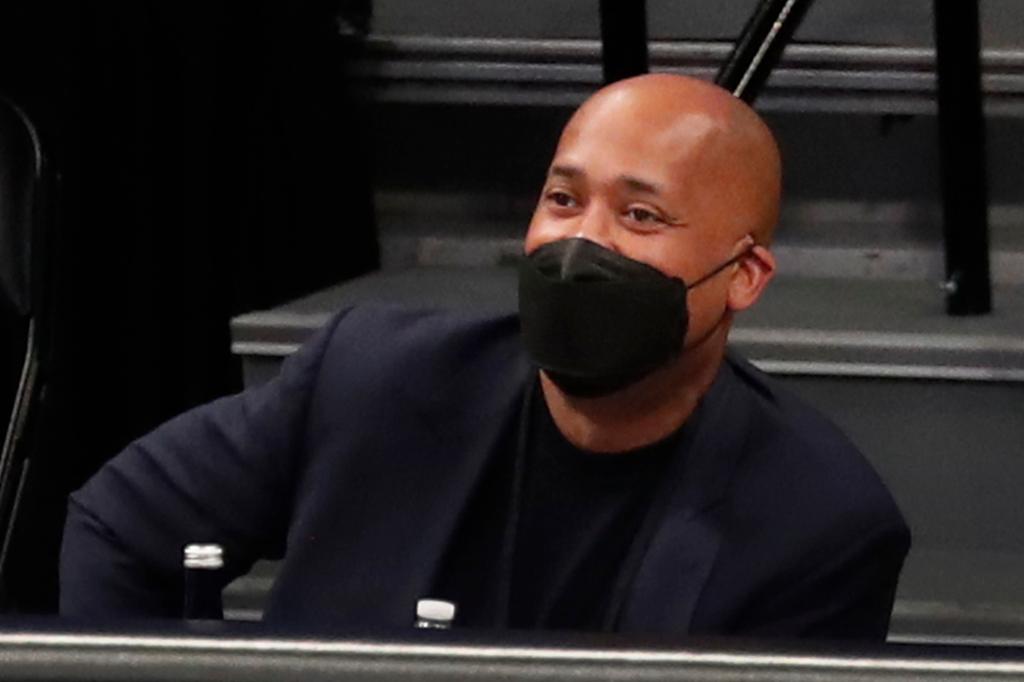 The man who works in the shadows as a mover and shaker will take center stage Tuesday for the Knicks during the NBA draft lottery.

The team chose top executive William Wesley, nicknamed “World Wide Wes,” as their representative on the dais to bring them some ping-pong luck. The Knicks have only a 2 percent chance of getting the first pick and a 9.2 percent chance of cracking the top four for the June 23 draft.

Casting Wesley was a rather surprising choice as despite having the support of Chairman Leon Rose as arguably the team’s most important decision maker, he is usually kept out of the spotlight. Wesley has also had the attention of owner James Dolan for years.

In fact, interestingly enough, Wesley was not listed as one of the team executives on last season’s game show. He was Rose’s right-hand man when Rose ran the Creative Artists Agency, but more in an unofficial capacity.

The Knicks have been down on their luck since winning the Patrick Ewing lottery in 1985. They will be the 11th seed on Tuesday with the ping-pong balls heavily stacked to either stay at 11 or drop to 12.

In recent years, the Knicks have been represented by Ewing, Walt Frazier, John Starks and Allan Houston. There have been appearances on the stand by head coach Mike D’Antoni and front office managers Steve Mills and Scott Perry.

When the lottery was held via Zoom in 2020, Rose appeared on screen. The Knicks have never had an active player sitting on the stand and RJ Barrett might have been the perfect pick.

Wesley was signed to recruit free agents and was on the court when Dallas and Utah met in the first round of Game 1 in Dallas. The Knicks have targeted Jalen Brunson, a free agent from the Mavericks, and Donovan Mitchell, who is a candidate to request a trade from the Jazz.