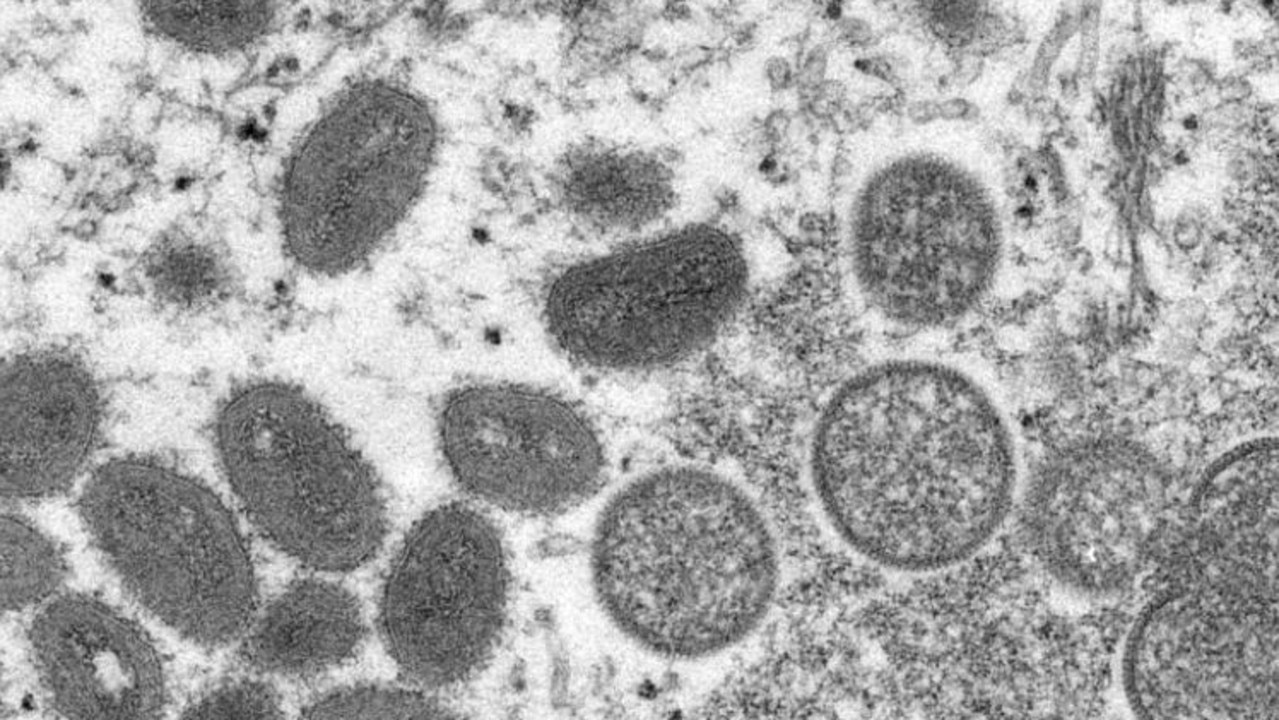 The World Health Organization is reportedly calling an emergency meeting on the alarming spread of monkeypox around the world.

The World Health Organization is reportedly calling an emergency meeting to discuss the alarming spread of the killer monkeypox virus around the world.

The United Nations health authority is bringing together leading experts on the rare disease as several new countries announced their first confirmed cases on Friday, according to The Telegraph.

Eleven countries, including Australia, the US, Spain and Italy, have now detected monkeypox, in the first global outbreak of its kind.

In the UK, the number of monkeypox cases doubled on Friday.

The main concern is how the virus, which is generally concentrated in West Africa, may be spreading, with many of the new cases detected in people who had not recently traveled to Africa.

The WHO will also examine why the groups include gay and bisexual men, the document said, and the US Centers for Disease Control and Prevention (CDC) and British and Australian authorities issued similar warnings.

There are two main strains of monkeypox: the Congo strain, which is more serious, with up to 10 percent mortality, and the West African strain, which has a mortality rate of about 1 percent.

The rare disease often manifests itself through fever, muscle aches, swollen lymph nodes, chills, exhaustion and a chickenpox-like rash on the hands and face.

It can be transmitted through contact with skin lesions and droplets from a contaminated person, as well as through shared items such as bedding and towels.

Monkeypox spreads around the world

The first European case was confirmed on May 7 in an individual who returned to England from Nigeria, where monkeypox is endemic. Since then, cases have also been confirmed in Italy, Portugal, Spain, Belgium, Sweden, the United States and Canada.

Cases of monkeypox have recently doubled in the UK as a further 11 infections were confirmed, bringing the total to 20 in Britain. Earlier this week it was revealed that the last infected Britons live in London and the South East.

France and Germany reported their first cases of monkeypox on Friday.

Monkeypox was identified in a 29-year-old man in the Ile-de-France region, which includes Paris, who had not recently returned from a country where the virus is circulating, French health authorities said on Friday.

Meanwhile, Australia confirmed two cases last night, including a man in his thirties who had traveled from Britain to Melbourne with symptoms earlier this week.

Jimmy Whitworth, a professor of international public health at the London School of Hygiene and Tropical Medicine, warned that monkeypox “is not going to cause a national epidemic like Covid did.”

“But it is a serious outbreak of a serious disease, and we need to take it seriously,” he said.

The expectation is that this outbreak can be contained through contact tracing, like all previous monkeypox outbreaks, New Scientist reports. The UK is offering vaccinations to contacts considered to be at high risk of infection to help ensure the virus does not continue to spread.

While the researchers don’t completely rule out a pandemic, they don’t think it’s likely. “I don’t think the science points to that right now,” says Brownstein. “It is important not to put this on the same level as a new coronavirus.”

Some researchers have previously warned that monkeypox is a growing threat. “The emergence of monkeypox as a major human pathogen is indisputably a realistic scenario,” states a 2018 article.

Most people recover within several weeks, and monkeypox has only been fatal in rare cases.

Monkeypox is usually transmitted to humans through animals, with symptoms very similar to smallpox but less severe clinically.

According to the CDC, smallpox vaccines are effective in protecting people against monkeypox if given before exposure.

Previous data from Africa suggests that the smallpox vaccine is at least 85 percent effective in preventing monkeypox. Several countries, including the US, have large stockpiles of smallpox vaccine as part of pandemic preparedness.

In the UK, health workers are already being offered the smallpox vaccine.

The strategy is known as ring vaccination and involves prodding and monitoring those around an infected person to form a buffer of immune individuals to limit the spread of a disease.

A UKHSA spokesman would not disclose how many have been vaccinated, but said: “Those who have required the vaccine have been offered it.”

Professor Geoffrey Smith, from the University of Cambridge, who advises the World Health Organization on virus research, said: “It is sensible for doctors and nurses who may be treating monkeypox patients to be vaccinated against monkeypox. “.

“This outbreak of monkeypox is very unusual, but it is very likely that the precautions that are taken will bring it to an end quickly.”

Copenhagen-based drugmaker Bavarian Nordic (BAVA.CO) said on Thursday it had secured a contract with an undisclosed European country to supply its smallpox vaccine, Imvanex, in response to the monkeypox outbreak.

The WHO has said it was looking closely at the problem, and in particular that some of the cases in the UK appeared to have been transmitted within the gay community.

On Monday, the WHO noted that some of Britain’s recently confirmed cases arose among gay men.

With the increasing number of cases detected in several European countries, Germany’s health agency, the Robert Koch Institute, has urged people returning from West Africa, and gay men in particular, to consult their doctors quickly. if you notice any problem with your skin.

NSW Health Director Dr Kerry Chant also said those most at risk of contracting the virus should be particularly vigilant.

“We know that it is spread by that close skin-to-skin contact — you can be infectious and that close droplet contact in a very close and prolonged way,” Dr. Chant said.

“We particularly urge men who are gay or bisexual, or men who have sex with men, to be aware of any unusual rashes or lesions and to contact a sexual health clinic or GP by phone without warning. delay if they have any concerns.”

But experts warned that it was too early to draw a link between gay sex and monkeypox. “Although the current cluster of cases is in men who have sex with men, it is probably too early to draw conclusions about the mode of transmission or assume that sexual activity was necessary for transmission unless we have clear epidemiological data and analysis.” Michael said. Skinner, a specialist in virology at Imperial College London, to the Science Media Center (SMC) website.

In Africa, monkeypox has been found in many animals, including rope squirrels, tree squirrels, poached Gambian rats, dormouse, as well as different species of monkeys and others.

However, the World Health Organization says that person-to-person transmission is limited.

Human monkeypox was first identified in 1970 in Zaire, now the Democratic Republic of the Congo, in a nine-year-old boy in a region where smallpox had been eliminated two years earlier.

In the spring of 2003, cases were also confirmed in the United States, the first time the disease had appeared outside of Africa.

Originally published as WHO emergency meeting on the spread of monkeypox: “We should take it seriously”