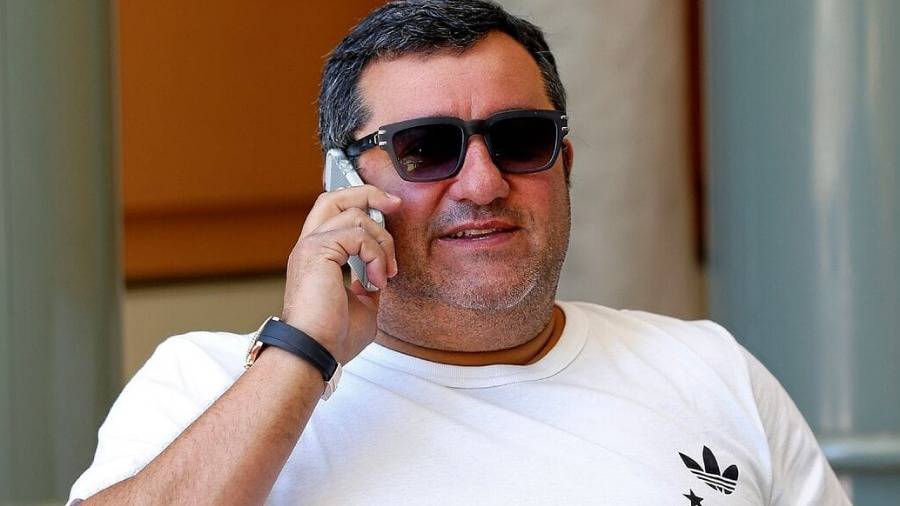 There were conflicting reports on the death of Mino Raiola, the agent of the world’s most prominent soccer stars, at the age of 54 on Thursday. While media reports confirmed his death, a source close to him denied the matter. and emphasized that the news was not absolutely true.

Raiola is considered one of the very important figures in some of the upcoming “summer market” operations, after he was finalizing the transfer of Norwegian Halland to Manchester City, and also negotiating the departure of Frenchman Paul Pogba from Manchester United after his contract expires on June 30.
Raiola is the agent of several football stars such as the Swedish Zlatan Ibrahimovic, who was the reason for his fame as an agent, Erling Haaland, Paul Pogba, the Italian goalkeeper Donnarumma and the Dutch defender De Ligt.
Raiola was born in southern Italy in the province of Salerno, but his family moved to the Netherlands when he was a child and opened a pizzeria in Haarlem. Raiola studied law, went into business, learned languages ​​and also loved football and wanted to be a player agent.

According to GOAL, Raiola is still alive. The website quoted Raiola’s close friend José Fortes Rodríguez as telling the Dutch newspaper “De Telegraaf” that “Raiola is not dead, these reports do not make sense.”

Alberto Zangrillo, the doctor supervising Raiola’s treatment, posted a tweet through his official account on the social network “Twitter” to deny the news, saying: “I am angry about the repeated calls from journalists about the death of a man who fights for his life.”

Also read: Who is Mino Raiola, the agent of the most outstanding players in the world?