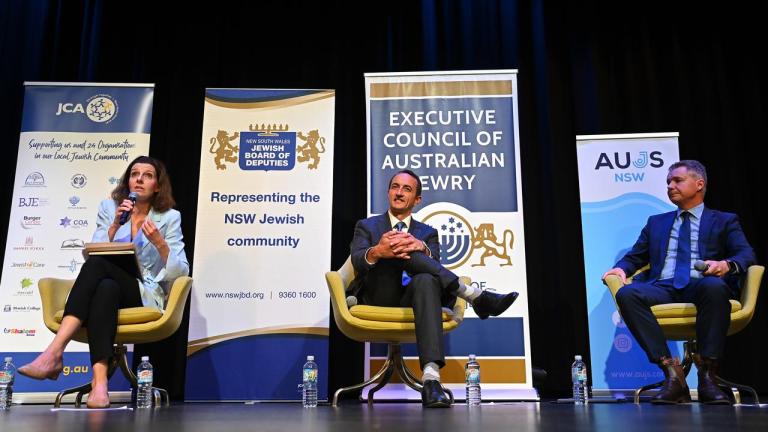 Liberal MP Dave Sharma urged voters to keep moderates, while independent Allegra Spender said the government should get out of the middle in an election debate.

Liberal MP Dave Sharma has urged voters to keep moderates like him in parliament during a community debate in his New South Wales constituency.

The coalition has stepped up its criticism of so-called teal independents, who threaten to take away disaffected liberal voters in the May 21 federal election.

He said he would have preferred the cards to be unnumbered, telling voters to number their ballots however they wanted, as long as they put him first.

Ms Spender said the government must be driven from the “middle” with the coalition led by “minorities” from the political extremes.

Climate change was a central issue in the debate, with Sharma admitting that his party took a long time to reach a consensus, but that he hoped the climate wars were over.

Spender did not rule out working with any of the main parties in a divided parliament and said he would work to maintain his independence.

The debate was organized by the NSW Board of Jewish Deputies.