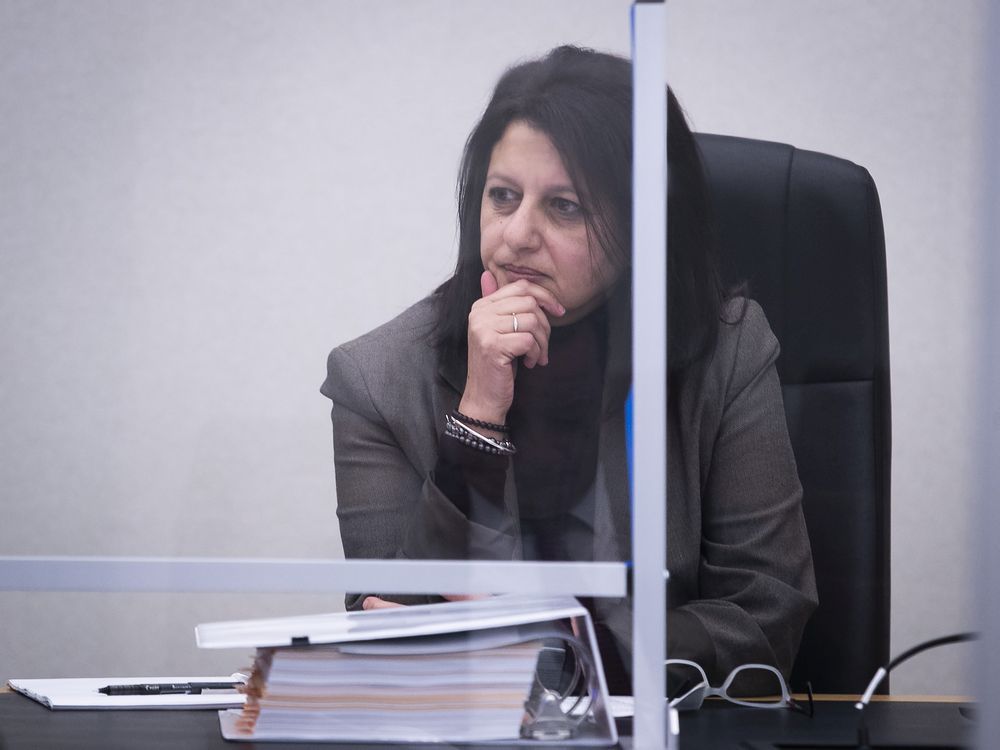 Frail elderly living in long-term care homes were tragically left behind during the first wave of the COVID-19 pandemic as Quebec chose to protect its hospital network despite well-documented failures in the CHSLD network, says a forensic.

“The COVID-19 crisis illustrates decades of public policy failures related to CHSLDs that were already known,” Coroner Géhane Kamel said in a report published Monday on nursing homes (known as CHSLDs), where some 4,000 people died in the spring of 2020.

In a 200-page document that focused on 53 CHSLD deaths, Kamel was highly critical of how the province responded to the crisis among its most vulnerable citizens. Describing it as a “dark period in Quebec’s history,” he noted that the province had the highest proportion of deaths in nursing homes and nursing homes.

“We tolerate the intolerable,” he wrote in the report.

Many of the dead were left in their rooms for 24 hours before being taken to a funeral home. “This image alone is unworthy of a civilized society,” she wrote.

The virus was able to spread rapidly from room to room in CHSLDs due to lax hygiene standards. Meanwhile, Quebec instituted very strict infection control rules at public COVID-19 testing centers, where the virus was much less prevalent.

Furthermore, “while the hospitals had almost no COVID-19, they were well organized and had all the necessary equipment,” the report says.

At the same time, in CHSLDs, “where most of the COVID-19 cases were soon to be found, they were still arguing about what equipment was needed. Managers, often without specific instructions, attempted to ration personal protective equipment (PPE). At the provincial level, strict management of the (PPE) was practiced because the never-verified shortage was, however, always imminent.

Noting that CHSLDs have struggled to maintain their workforce for at least a decade due to “historic budget considerations,” the coroner concluded: If that issue had been resolved before the pandemic, “the train that was going to hit the CHSLD… would certainly have been less violent.”

Quebec health officials testified that they knew “older people are among those at risk and among the most vulnerable,” but the province “nevertheless chose to keep older people, specifically people living in CHSLD in a pandemic planning blind spot.”

Kamel, who heard from more than 200 witnesses during his investigation:

* He was very critical of Lynne McVeyexecutive director of the regional health authority covering western Montreal, including the Herron CHSLD in Dorval.

She describes McVey’s criticism of Herron owners for moving residents to hospitals as “shameful,” “even though in an emergency, this move was the most sensible move if these residents wanted a fighting chance.”

On April 11, 2020, McVey called 911 about Herron’s situation, hours after the Montreal Gazette broke the story, reporting authorities had found uneaten and dirty bodies and elderly.

Kamel said he doesn’t understand why McVey made the call, as information gathered by the investigation found authorities knew the situation was “alarming” on March 29, nearly two weeks earlier.

Under the current configuration, the chief physician is a deputy minister of health. Kamel said that should change and that the “functions of the person (should) be exercised with complete independence and without political restrictions.”

He noted that early in the pandemic, Dr. Horacio Arruda, the director of public health at the time, did not make it mandatory to wear a mask in CHSLDs.

“Would your opinion have been the same if you hadn’t had to worry about a possible shortage of (masks)? I tend to think not,” Kamel wrote. “Hence, IMHO, the danger of wearing two hats.”

Kamel also criticized what she calls a “gray area” in Arruda’s testimony in the investigation: his “vagueness” about what was done between January and mid-March 2020 to protect CHSLD.

She wrote: “How can we believe that we will be able to face the next crisis if the main players are not ready to recognize where their preparation failed?”

* He was critical of doctors. for relying too heavily on telemedicine in CHSLDs.

Kamel noted that in mid-March, doctors in Quebec were encouraged to consult with patients by phone to avoid becoming infected, but were also told to use their own judgment as to whether a physical exam was necessary.

Despite Herron’s dire situation, only one of his three doctors visited the home on March 29 and 30, the coroner found. In a conference call a week later, the three doctors said they were not allowed to visit the Herron even though there was no such directive, according to the report.

Kamel recommended that the Quebec College of Physicians “review the individual medical practices of attending physicians at CHSLD Herron, Les Moulins, and Sainte-Dorothée, in particular regarding their decision to continue teleconsultation care despite the need for support. and the large number of deceased.”

* Says Minister for the Elderly Marguerite Blaiswhom some critics have pointed to as the culprit, went to great lengths.

Kamel says there was confusion within various government departments as they tried to deal with the crisis.

“(Blais’s) non-participation at the beginning of the crisis is therefore not surprising,” Kamel said. “I think he tried to make himself heard, but the emphasis on (protecting) hospital settings was so great that his voice…was not heard until later.”

In the report, Kamel praised:

* Health workers who acted as whistleblowersquoted anonymously in the Montreal Gazette’s first story on Herron.

“We can only welcome this initiative,” said Kamel. “Some have described the state of Herron and its residents as a concentration camp. Although the term is certainly exaggerated, it denotes all the horror of letting human beings die in subhuman conditions, alone, malnourished and in their excrement.”

* The long-term care home of Montreal Chinese Hospitalwhere not a single case of COVID-19 was reported during the first wave.

In the early days of the pandemic, hospital workers decided on their own to wear masks, avoid contact with their families and gatherings, and stay away from public transportation, Kamel noted.

“The emphasis was on protecting residents against an invisible enemy that was thought to be dangerous.”

He added: “Ironically, at the time, employees were being discriminated against in the public sphere due to their background, which some associated with the source of the virus. Today, each of them can be proud of having been pioneers in the fight against COVID-19.”

Kamel offered 23 recommendations, including that Quebec: