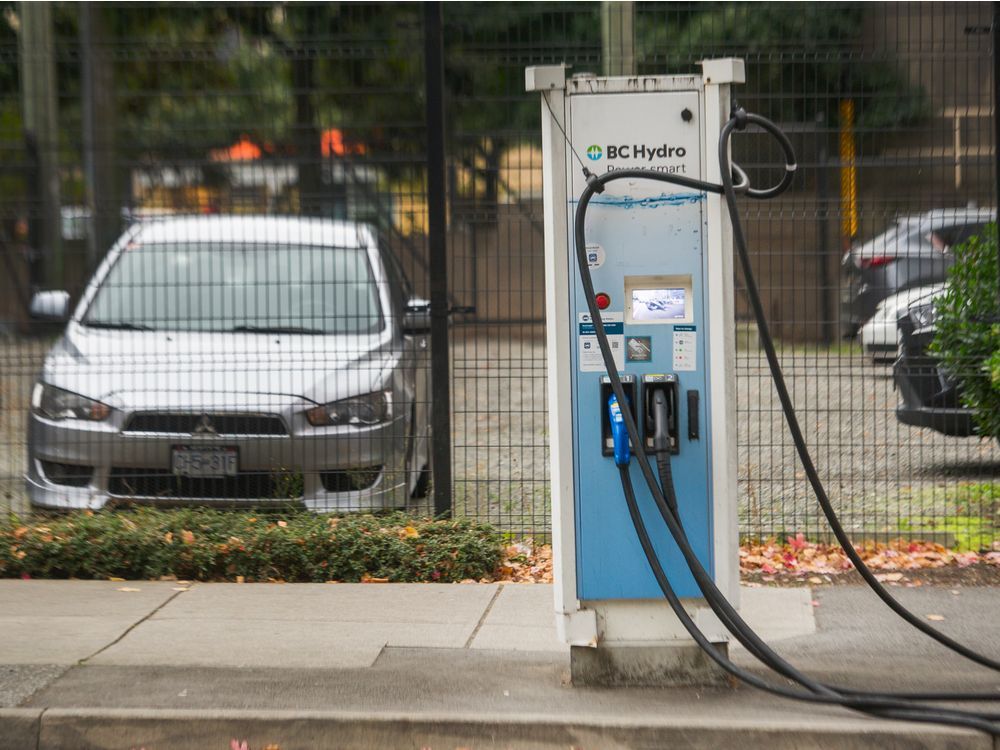 The City of Vancouver will reward gas stations and commercial parking lots that install electric chargers with a lower business license fee.

Stations and lots have until January 2025 to install electric vehicle infrastructure to take advantage of the new policy.

The move supports the city’s climate goal of cutting carbon pollution in half by 2030, and hopes to convert 50 percent of the miles traveled on Vancouver’s highways to zero-emission vehicles by that year.

By targeting charger installations in places where vehicles already frequent, the city aims to ensure electric charging stations are more evenly distributed throughout the community, and perhaps allow drivers, particularly those who live in rentals and cannot install a charger of their own. , to consider switching to an electric vehicle.

Currently, almost 40 percent of Vancouver’s carbon emissions are produced by vehicles that use gasoline and diesel.

The move to electricity could also accelerate with gasoline prices hitting record highs in recent weeks, a recent survey found. In a KPMG survey, more than 60 percent of Canadians say it’s time to buy an EV and 51 percent say they will never buy another gas-powered vehicle. Forty-eight percent of those surveyed said they would “definitely buy an electric vehicle” because of gasoline prices.

— With files from Postmedia News