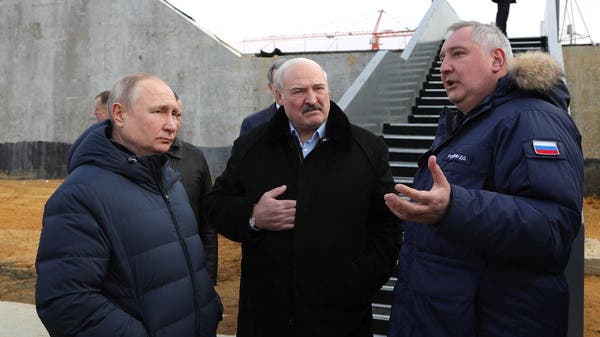 The United States on Wednesday condemned what it said were plans in Belarus to implement the death penalty against political opponents, calling them a desperate move by President Alexander Lukashenko to retain power.

US Secretary of State Antony Blinken said a new law signed by Lukashenko to use the death penalty for “terrorist” acts was in fact targeting pro-democracy activists and opponents of the war. of Russia in Ukraine.

“The regime has imposed politically motivated charges of ‘extremism’ and ‘terrorism’ against many of the more than 1,100 political prisoners and used such labels to detain tens of thousands more,” Blinken said in a statement.

“These actions are those of an authoritarian leader desperate to cling to power through fear and intimidation,” he said.

According to Russian news agencies on Wednesday, Lukashenko has signed a law on the possibility of the death penalty for an “attempted terrorist act”.

On Wednesday, a Belarusian court in the city of Grodno began a closed-door hearing in the case against 12 activists accused of “preparing acts of terrorism,” according to the Belarusian human rights group Vyasna.

“The Lukashenko regime continues to suppress, including through violence and these recent amendments to the penal code, the pro-democracy and anti-war movements in Belarus,” Blinken said.

He called for the “unconditional” release of political prisoners and for the government to hold free and fair elections under international observation.