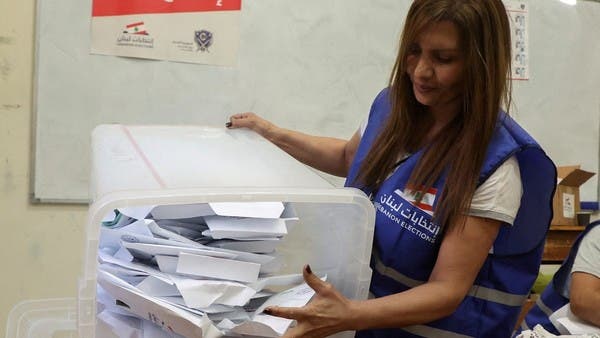 The United States said on Monday that it welcomed the Lebanese elections, which were held on time “without major security incidents”, but called on Beirut to implement necessary reforms.

“While we await the official reports from election observers, we encourage the country’s political leaders to recommit to passing and implementing the laws and reforms necessary to rescue the economy,” the State Department said on Twitter.

Parliamentary elections were held across Lebanon on Sunday, a week after the Lebanese diaspora voted abroad.

While the final results have not been released, preliminary results show that Iran-backed Hezbollah and its Christian allies, the Free Patriotic Movement, lost their absolute majority in parliament.

The pro-Iranian bloc will remain a major power within Lebanon’s legislative chamber, but the Lebanese Forces now appear to be the largest Christian bloc.

Meanwhile, several new faces, including members of civil society, broke through the ranks for the first time.

The first important task of the new parliament will be to elect a president before the presidential elections in October.

The World Bank has called Lebanon’s financial crisis one of the worst the world has seen in more than 150 years.

And officials have yet to implement much-needed reforms to unlock economic aid from the international community, the World Bank and the IMF.