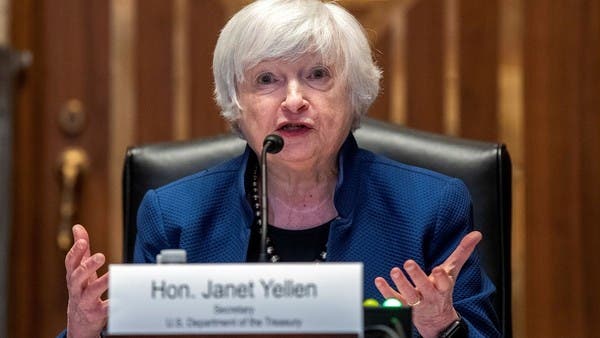 The United States is likely to end a waiver allowing Moscow to pay its foreign debts with dollars in Russia, the US Treasury secretary said on Wednesday, a move that could push Vladimir Putin’s country into default.

“When we first imposed sanctions on Russia, we created a waiver that would allow a period of time for an orderly transition to take place and for investors to be able to sell securities,” said Janet Yellen.

“And the expectation was that it would be for a limited time. So I think it’s reasonably likely that the license will be allowed to lapse.”

Punitive sanctions imposed following Russia’s invasion of Ukraine in late February have largely cut the country off from the international financial system, blocking Moscow’s ability to access dollars held in US banks to pay off its debts.

The Russian government has tried to pay in national currency, but many of the bonds do not allow payment in rubles.

As a result, the Putin government has had to resort to US dollars held in Russia to meet those payments, an escape clause from default that expires on May 25.

That due date is also two days before Russia’s next debt service payment is due.

Yellen, speaking to reporters ahead of a G7 finance ministers meeting in Bonn, said no final decision had been made, but she thought it “unlikely” that the waiver would be renewed.

“Russia cannot borrow at the moment in the global financial markets. It does not have access to the capital markets. If Russia can’t find a legal way to make these payments, and then they technically default on their debt, I don’t think that really represents a significant change in Russia’s situation,” he said.

China criticizes US, Japan rhetoric ahead of Quad summit