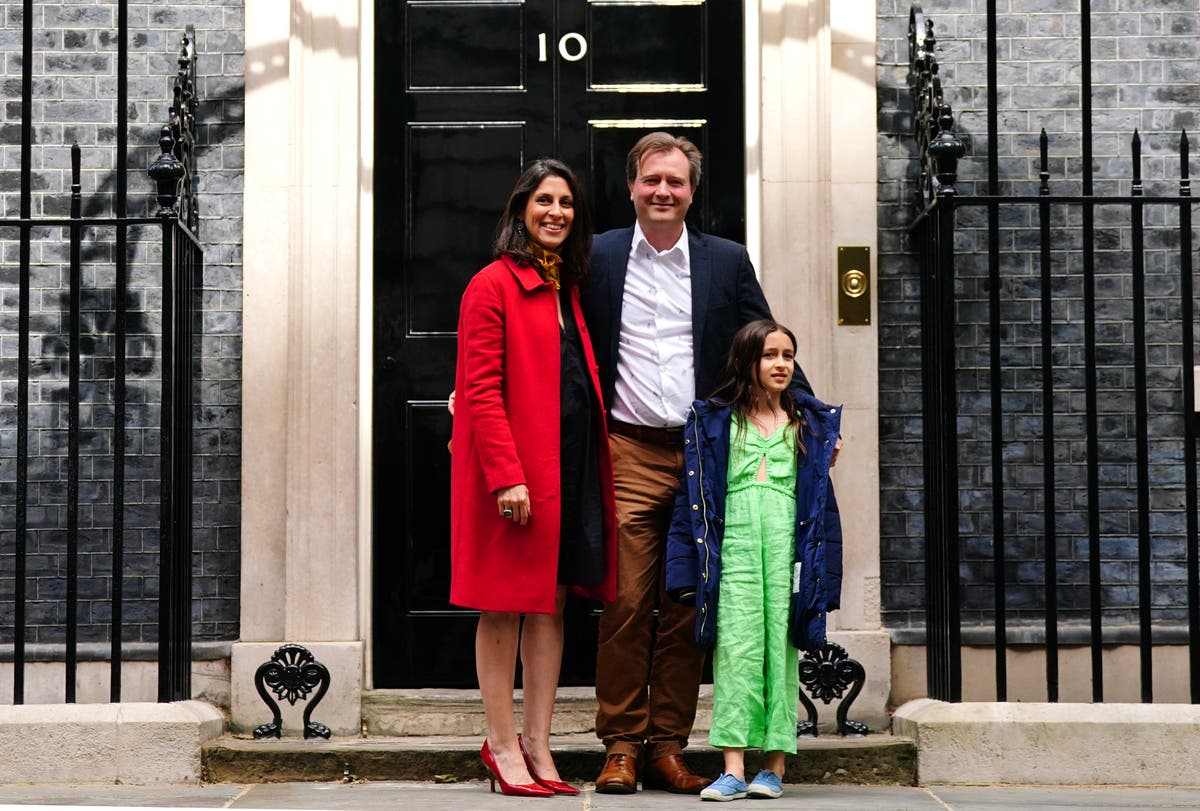 Boris Johnson did not apologize to Nazanin Zaghari-Ratcliffe after she told him she had “lived in the shadow of his words” for years in an Iranian jail, her husband Richard said.

His words were used by Tehran authorities in prolonging his detention as evidence that Nazanin was working against the Iranian state at the time of his initial arrest in 2016, rather than visiting his parents in the country, as he claimed.

Speaking after the hour-long meeting at 10 Downing Street, Ms Zaghari-Ratcliffe MP Tulip Siddiq said: “I was sitting next to the Prime Minister and told him very clearly and categorically that his words have had a huge impact. in it and had lived in the shadow of his words for nearly four and a half years.

“And I had to say that the prime minister looked quite surprised when she said that.

“I was very proud that she said that because I wanted to make it clear to her that she is happy now, she is grateful, she appreciates the fact that she is home now, but there was a moment when her words had a great impact.”

Asked if the prime minister apologized to Nazanin for his mistake, her husband Richard replied: “Not explicitly.”

Mrs. Zaghari-Ratcliffe did not want to speak to reporters after the meeting, but she smiled as she watched with her seven-year-old daughter, Gabriella, from the steps to number 10.

Ratcliffe said his wife had told Johnson his release from captivity “didn’t need to take six years” and asked why it had taken so long.

He said that Nazanin told the prime minister: “I just want you to know that the wrong comments in 2017 had a lasting impact… I lived with that for a long time. I know it was a mistake, but it persisted.”

She revealed that even on the last day before her release, Iranian interrogators urged her to confess, telling her: “Just tell us now, because obviously your foreign secretary, now prime minister, revealed what you have been doing. Could you tell us what you were really doing, it wasn’t just a vacation.”

Ms Siddiq said it had been “difficult to listen” to Nazanin recounting the details of her life in custody with the prime minister.

She said the Ratcliffes had urged Johnson to answer questions about the UK government’s handling of hostage-taking incidents before the Commons Foreign Affairs Committee conducted an investigation.

It would be unusual for a prime minister to present evidence to such a committee, but Siddiq said he had agreed to “look into that”.

Ratcliffe said Nazanin had also raised concerns about further arrests of Westerners in Iran, including Britain’s Morad Tahbaz, a Swedish man on death row and two Frenchmen arrested this week, calling on the prime minister to “do what I can” to help them. .

“Nazanin went on to point out that the people who came in quite early at the time that she came in, they are not home yet and she is home and she feels very guilty about it,” Ms Siddiq said.

“She also wants them to come back and she can’t sit here and enjoy her life knowing that there are people who are going through the same conditions that she went through.”

Ratcliffe said there were “lessons to be learned” in handling his wife’s six-year detention.

“Two years ago I was here after seeing the prime minister and I came out quite sad, in the sense that we had to fight longer,” he said.

“I am here now with the battle over for us.

“I think there are lessons to be learned, there is a larger problem.”

But when asked if he felt angry about the impact Mr Johnson’s comments had had on his wife’s imprisonment, he said his main emotion was “relief”.

“We talked about the mistakes made at the end,” he said. “It was difficult at the end, and I think when Nazanin is ready to talk about it, it’s something we have to go through.

“But no, I think, it’s not like when this is over that you feel angry. Relief is what I honestly feel.”