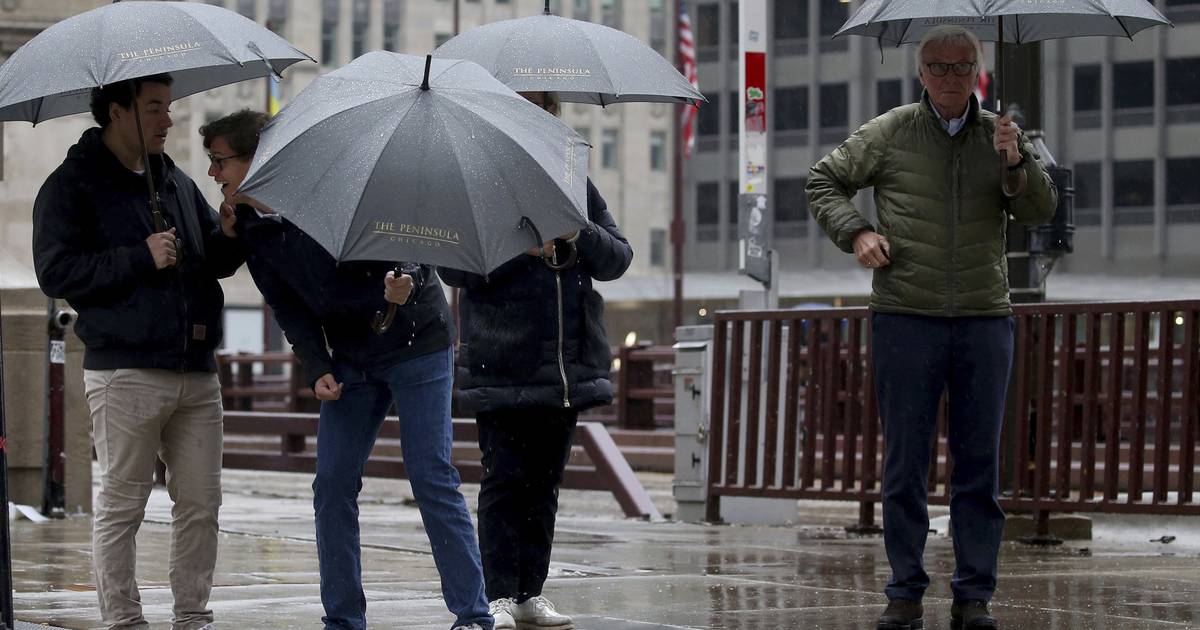 Between noon and 4 p.m., there will be a chance of thunder, particularly in the southern half of the Chicago area and northwestern Indiana, according to Matt Friedlein, a meteorologist with the National Weather Service.

“Temperatures aren’t going to get very high and they’re going to top out around 70 degrees, maybe 72 degrees and then temperatures will gradually drop later this afternoon and it’ll be breezy until early tonight,” Friedlein said. “There will be some 30 to 35 mph wind gusts.”

By Sunday night, temperatures will be in the 50s, according to Friedlein.

On Monday, the clouds will slowly clear, but temperatures will stay in the 50s.