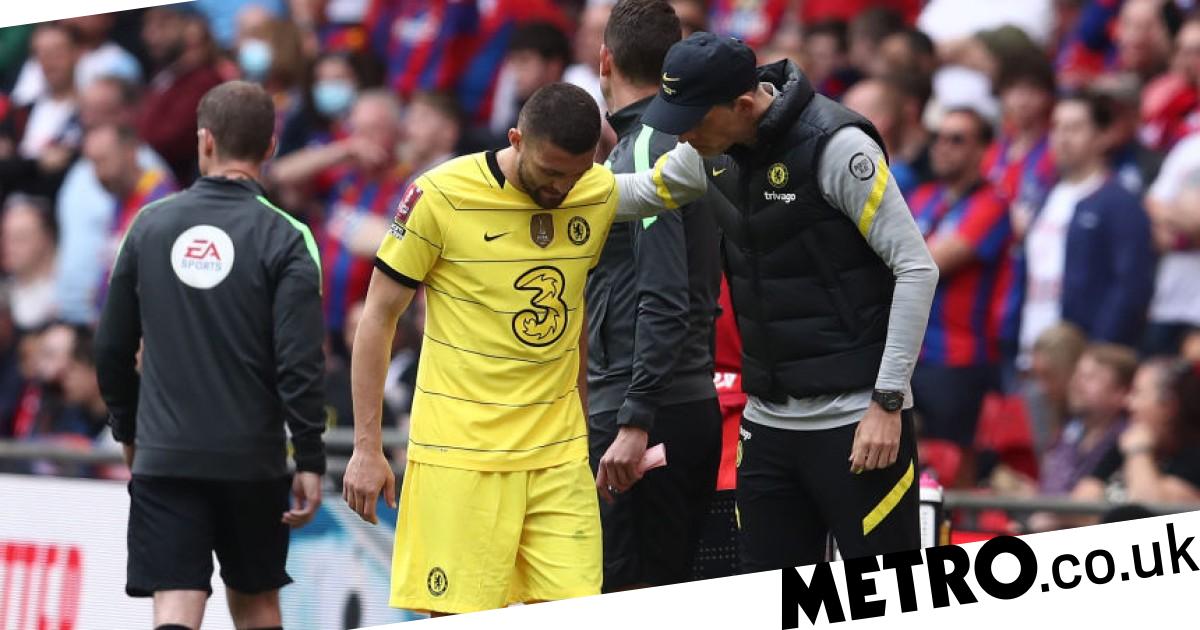 The 27-year-old lasted just 26 minutes at Wembley before being replaced by Ruben Loftus-Cheek, who scored Chelsea’s opening goal in a 2-0 win.

While the Croat’s loss didn’t worry the Blues against the Eagles, they will be very concerned if he is set for a sideline stint, which could be the case.

Tuchel was unable to give too many details in the opening phase immediately after the match, but did say the injury ‘doesn’t look good’ for his central midfielder.

“Not so good,” Tuchel told Chelsea TV of Kovacic. He has a big, big swollen ankle. He doesn’t look good, and he’s in pain.

‘So let’s wait for the exam, but it looks like a pretty big injury.’

Chelsea don’t look like they have much left to play for in the league, apart from clinging to third place, which they appear to be well poised to do.

Although they have tough games against Arsenal, West Ham and Manchester United.

Their remaining big game this season was set on Sunday thanks to victory over Palace, with Chelsea now facing Liverpool in the FA Cup final on 13 May.