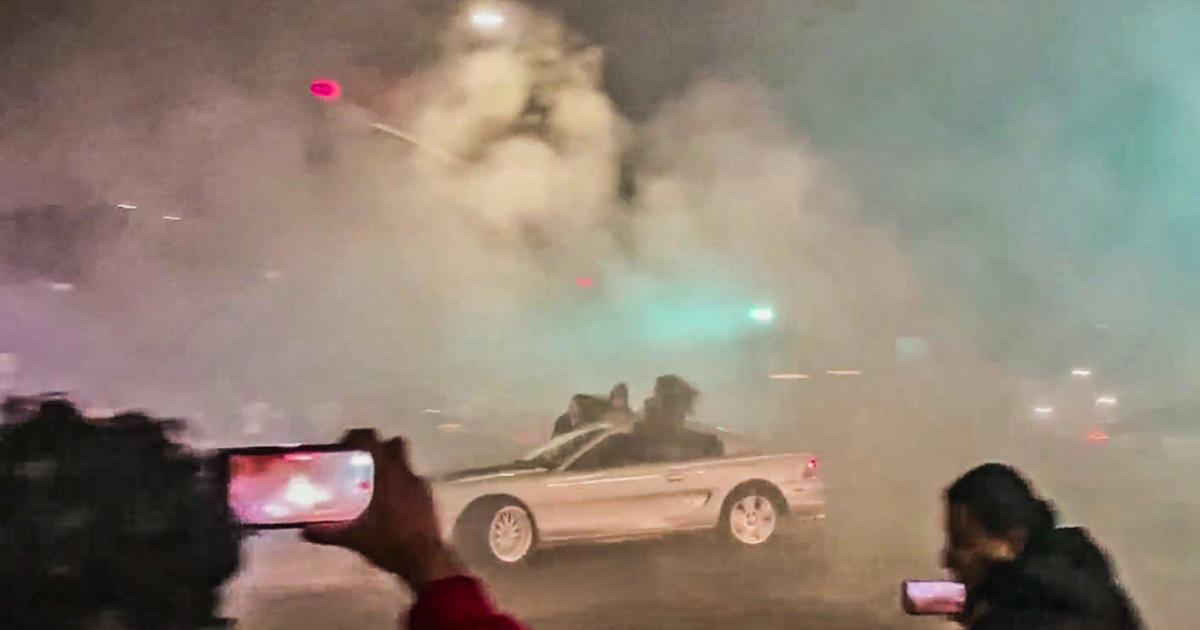 ANTIOCH (CBS SF) – Two suspects were in custody after being tracked to Sacramento County after an illegal weekend show in Antioch erupted in violence with spectators attacking a patrol car.

On Sunday, an irate mayor, Lamar Thorpe, posted a video of the attack on his Facebook page and didn’t mince words.

“Two arrests were made, multiple citations and fines were issued,” Thorpe posted. “Unfortunately, a patrol car that was being occupied by an officer was damaged by bystanders throwing bottles and other objects at the car. This will not be tolerated.”

“There is an investigation that goes beyond those arrested and those individuals will be held accountable.”

Thorpe was also scheduled to hold a news conference at 11 am to update the investigation.

A city spokesman said police responded to a sideshow around 10 p.m. at Lone Tree Way and Bluerock Drive. A second sideshow followed at East 18th and A streets.

Authorities said two suspects were pursued by the California Highway Patrol and eventually arrested in Sacramento County. They were transported back to Martinez, where they were booked into the county jail on suspicion of reckless evasion of police and assault with a deadly weapon on a peace officer.