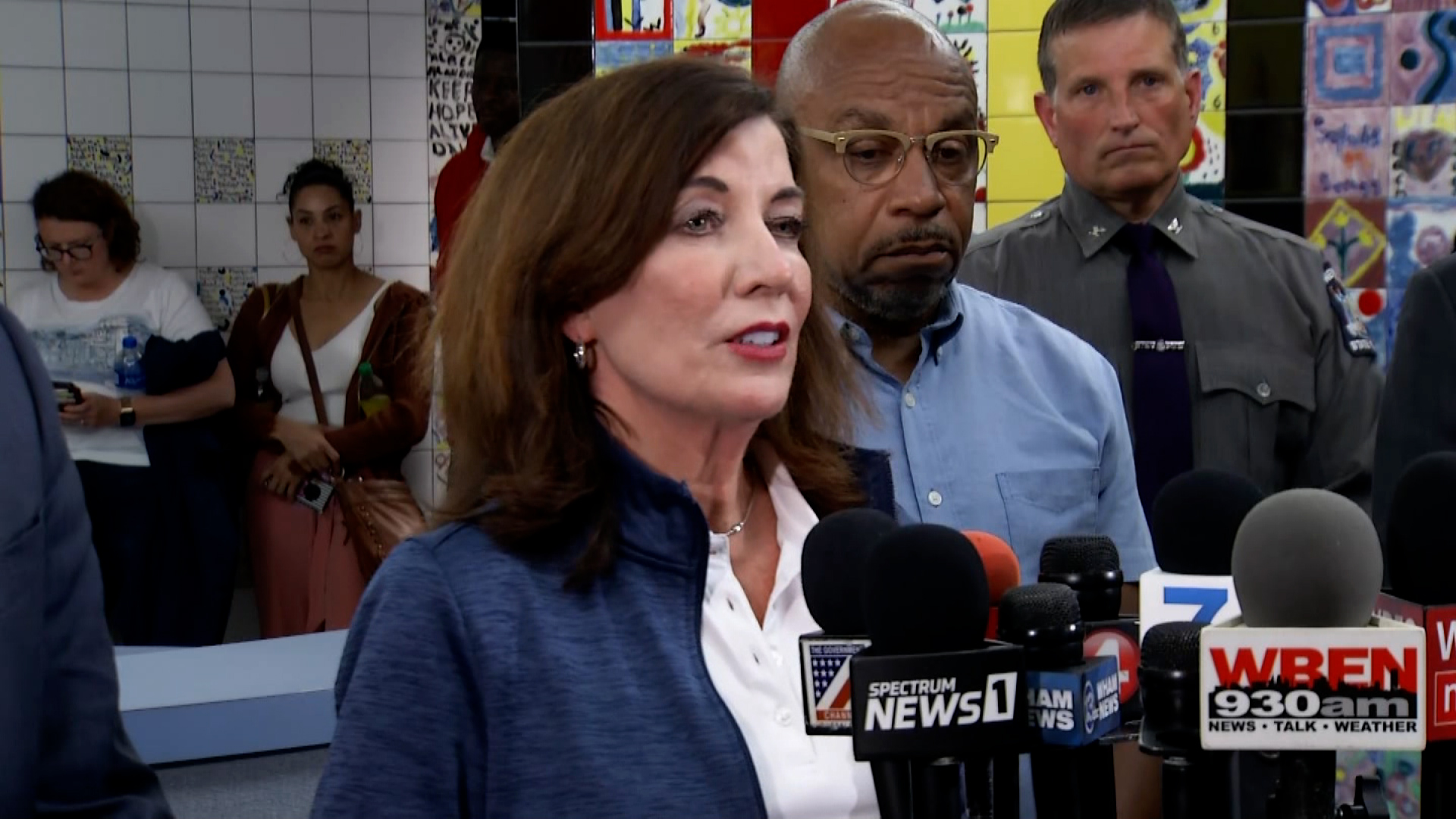 Buffalo Police Commissioner Joseph Gramaglia said the suspect in the supermarket shooting was wearing tactical gear and broadcasting live when he entered the store.

“At approximately 2:30 today, an individual who, according to the Mayor, is not from this area and is hours away, drove to Buffalo and went to Tops Market. He got out of his vehicle, he was very heavily armed. he had tactical gear. He was wearing a tactical helmet. He had a camera that was broadcasting live what he was doing.”

The suspect is an 18-year-old white male, he said.

He shot four people in the parking lot, Gramaglia said, three of whom died.

The suspect entered the store, where a security guard and former Buffalo police officer attacked him.

“Because it was heavily armored, the bullet had no bullet. The suspect confronted our retired officer and was shot and died at the scene. He continued to make his way through the store,” Gramaglia said.

He returned to the front of the store, where patrol officers were able to convince him to drop his gun after he “put the gun to his neck.”

Police arrested the suspect and transported him to Buffalo Police Headquarters.