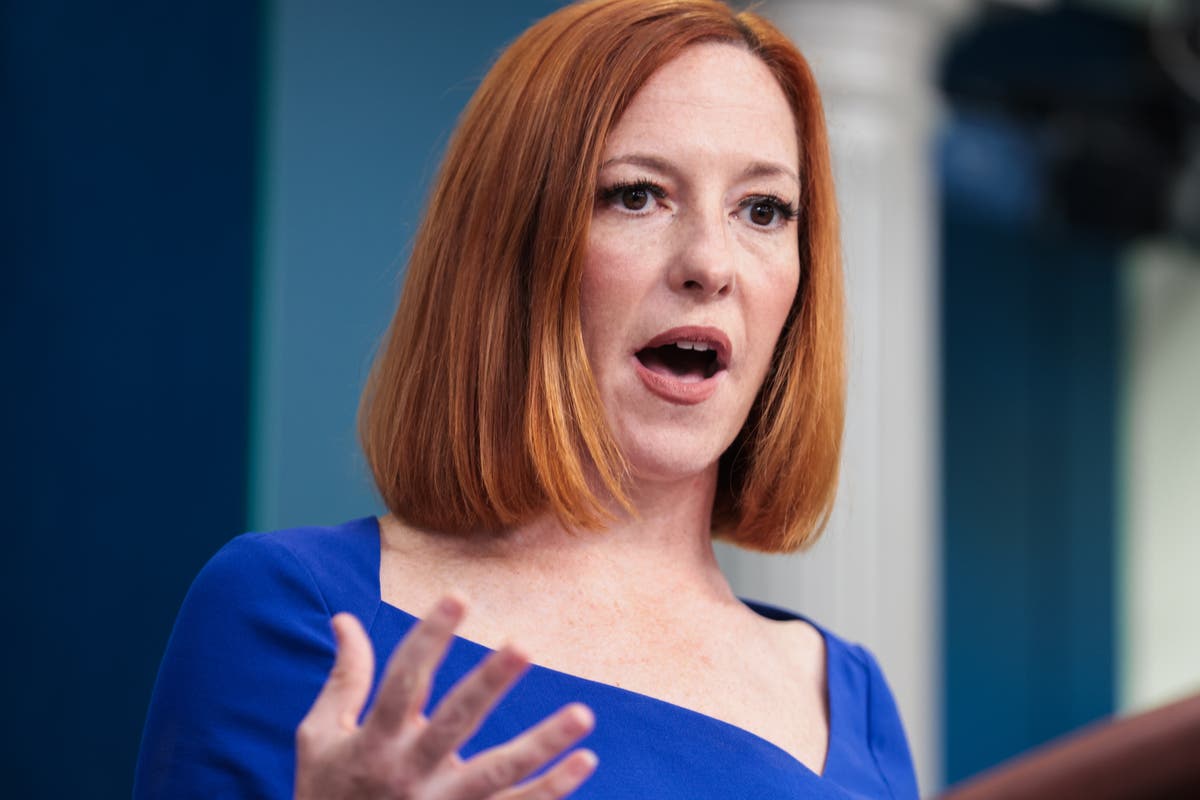 “We have all seen those images. They are obviously deeply disturbing. This is a day that we should all be commemorating, including everyone here, the memory of a remarkable journalist who lost her life,” Ms. Psaki said from the White House on Friday, May 13.

He added that the Joe Biden administration remains “in close contact with the Israeli and Palestinian authorities.”

On May 11, the veteran Al Jazeera journalist was shot dead by Israeli forces while she was covering Israeli army raids in the northern occupied West Bank city of Jenin, according to witnesses and the Palestinian Ministry of Health.

Al Jazeera has urged the international community to “condemn and hold accountable the Israeli occupation forces for deliberately attacking and killing our colleague.”

As mourners carried a coffin containing his body from St. Louis French Hospital in the Sheikh Jarrah neighborhood on Friday, Israeli forces surrounded the wreath and beat them with batons. There were also reports of the use of stun grenades.

Following comments in the White House Rose Garden about public safety, President Biden said, “I don’t know all the details, but I know it needs to be investigated.”

Earlier this week, the White House called for an “immediate and thorough investigation and full accountability” for his murder. “Investigating the attacks on independent media and bringing those responsible to justice are of the utmost importance,” Ms Psaki said in a statement on Wednesday.

Several other US officials have condemned his murder and Israeli police violence.

Congresswoman Rashida Tlaib called the funeral attack “disgusting” and “violent racism” and urged the US State Department to condemn the violence.

Earlier this week, several other Democratic members of Congress called for an investigation into his death.

Senator Ben Cardin said in a statement that her killing marks an “attack on a female journalist wearing her news gear.”

“No journalist should be killed while simply doing their job. I strongly condemn his death and call for a full and independent investigation of the incident,” he said.

Senator Chris Van Hollen called for a “thorough and independent investigation” into her death.

“Veteran American journalist Shireen Abu Akleh was simply doing her job when she was shot dead this morning,” Senator Chris Murphy said in a statement. “His heartbreaking death of her must be seen as an attack on press freedom everywhere. There must be a thorough investigation and full accountability of those responsible.”

US Rep. Andre Carson also called on the government to “hold the Israeli government accountable for this and all other acts of unjust violence it commits.”

US Rep. Adam Schiff, who chairs the House Intelligence Committee, said “the Israeli military must conduct a thorough and objective investigation” and “be transparent about its findings.”