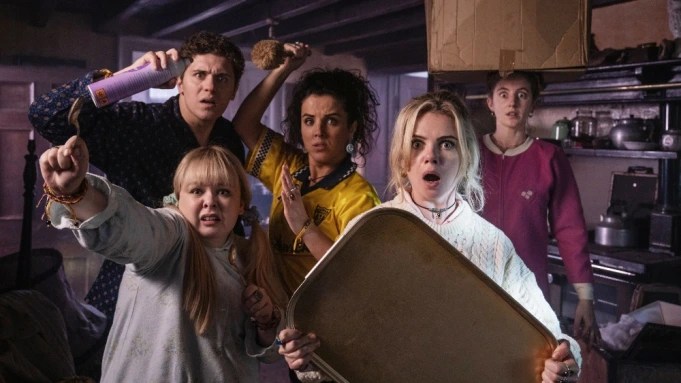 The first look at the third and final season of “Derry Girls” has arrived, promising more laughs, rowdiness and more of the long-suffering Sister Michael.

Channel 4 has released the trailer for the third season of the series which rose to popularity outside of the UK via Netflix. Created and written by Lisa McGee – who mined her own life in Northern Ireland amid The Troubles – the series follows a group of teens in Derry in the 1990s.

“While there’s hope in the air that The Troubles may finally be over, their troubles are only just getting started as they get ever closer to ‘adulthood,’” the season 3 synopsis from Channel 4 reads.

Channel 4 has yet to announce a date for the season three premiere in the UK and a North American release date has not been revealed. Seasons one and two are currently available to stream on Netflix in Canada.