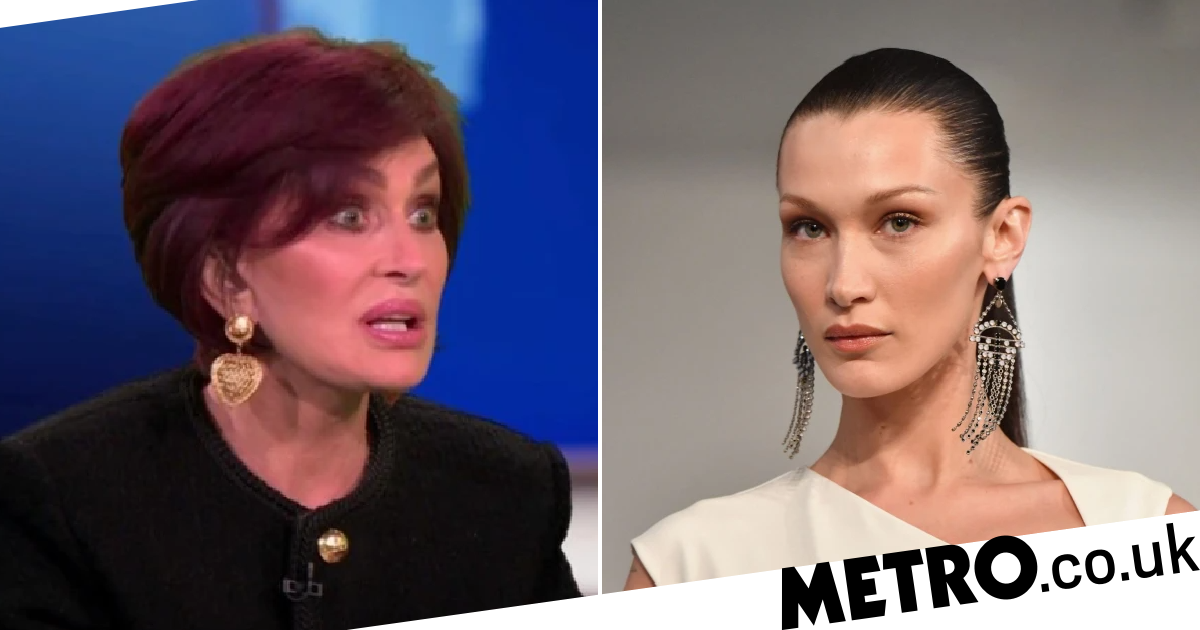 Sharon Osbourne didn’t hold back when she called Bella Hadid’s 14-year-old nose job “irresponsible” and “ridiculous” during the launch of her new TalkTV show The Talk.

The 69-year-old former X Factor judge returned to TV screens on Monday night, where she discussed all things cosmetic surgery, including her own ‘horrendous’ facelift.

As the panel discussed the popularity of going under the knife, Sharon said, “If you don’t like anything about your appearance and you have the means to go and change it, if you have the money, then go for it.”

‘It’s your body, you do what you want with it’.

Sharon then turned her attention to Bella, who revealed last month that she regretted having the surgery so young.

“I think Bella Hadid getting her nose job at 14 is very, very irresponsible because your face hasn’t finished growing,” she continued.

‘I bet he’s had more than one because your face changes as you get older, so that’s ridiculous!’

In addition to her comments about Bella, Sharon admitted that she had her entire face done seven months ago.

“As you get older, believe me, the pain gets worse, it was excruciatingly painful,” he shared. I’m holding my nose so it doesn’t fall off.

The TV presenter, who is married to Black Sabbath frontman Ozzy and has three children, Aimee, Kelly and Jack, admitted her family does not approve of her procedures.

“I do it for myself,” she said. ‘My husband doesn’t like it and my kids really hate it. I do it from my own ego.

They discussed current issues, from Prince Andrew to the dispute over misogyny directed at Labor Angela Rayner.

Sharon launched the show saying it’s “great to be back on screen and even better to have a job.”

The presenter returned to television screens after leaving the American chat show The Talk, which aired on CBS, following an on-air fight with her co-host Sheryl Underwood.

They clashed in March 2021 while discussing Piers Morgan’s comments about the Duchess of Sussex’s interview with Oprah Winfrey.

Sharon defended Morgan against accusations of racism, and the fallout caused The Talk to go on hiatus for a month.

If you have a celebrity story, video or image, please contact the Metro.co.uk entertainment team by emailing us at [email protected], calling 020 3615 2145 or visiting our Submit Stuff page . I love to hear from you.