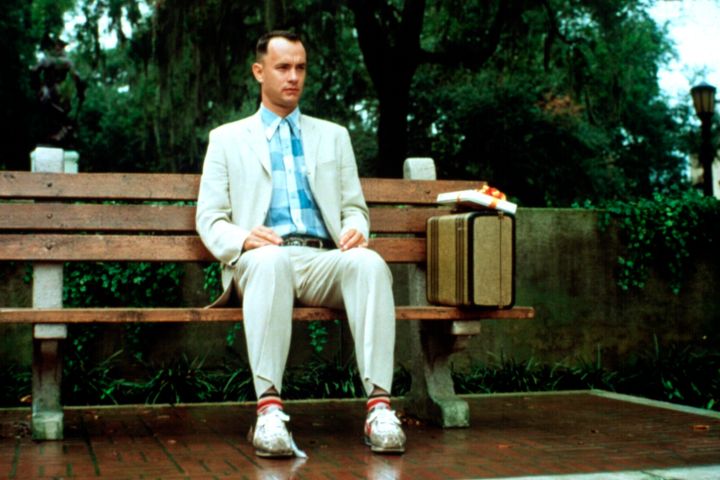 A photo of Queen Elizabeth II attending the opening of her namesake tube line in London is going viral, not because of Her Majesty, but because of a shadowy figure seen lurking in the back of the photo.

In the photo, posted on Twitter by Valentine Low, royal correspondent for The london timesThe Queen is seen attending the opening of the new Elizabeth Line, the new cross-London underground line named in her honor in celebration of her Platinum Jubilee marking 70 years on the throne.

However, in the background, a person’s head can be seen in the upper right of the photo, looking out the side of a wall.

A close-up of the photo reveals that the stalker bears a striking resemblance to Tom Hanks in “Forrest Gump.”

In the 1994 Oscar winner, Forrest has an uncanny ability to be documented alongside historical figures ranging from JFK to John Lennon.

Here’s how Twitter has been reacting to the appearance of the character’s resemblance near the Queen:

If you zoom in on this, it sure is @Tom Hanks looking around the corner, time #Forrest Gump met the queen of england? https://t.co/8YNqaxM4H6

I’ve heard rumors that Forrest Gump is in the back peeking out.

Is that Forrest Gump in the background of this photo of the queen? https://t.co/nAbOIlQp2m