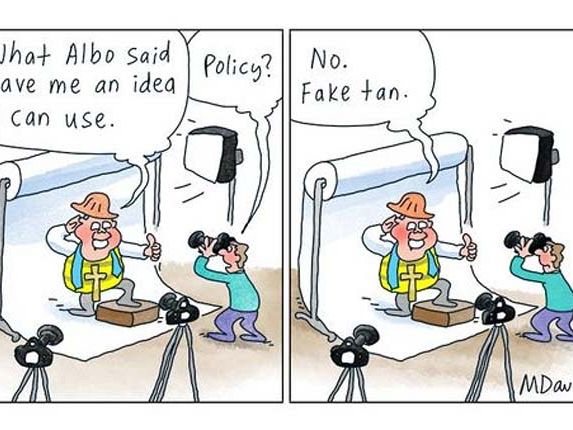 There is less to Australia’s unemployment situation than the Coalition and the cowardly mainstream media would have us believe, as Alan Austin reports.

AT EVERY OPPORTUNITY RECENTLY, before, during and after last week’s budget delivery, Treasurer Josh Frydenberg has bragged about Australia’s unemployed.

He has boasted that the unemployment rate is at its lowest point in 50 years, that a million new jobs were created at the end of last year, that Australia leads the advanced economies, and that all this is due to policies effective Coalition. Cold hard evidence refutes all of these claims.

“Strong labor demand has allowed more than a million workers to start a new job in the three months to November 2021, an increase of 65% from the low experienced in 2020.”

Really? Based on what data? The Australian Bureau of Statistics (ABS) shows that employed people increased between August and November 2021 by just 176,200. Not even close to a million. The total jobs added in the entire period since the May 2019 federal election is just 513,300.

In fact, the number of jobs added since Morrison and Frydenberg became prime minister and treasurer in 2018 is just 1.05% of the population per year, one of the worst of any administration. Bob Hawke generated 1.35%, John Howard 1.39%, and Malcolm Turnbull 1.47%.

The budget document states that:

‘… job growth since then has seen the unemployment rate fall to just 4.0%, the lowest result since 1974.’

Lagging behind other advanced economies

“Employment in Australia is now well above pre-pandemic levels and has grown more than any other major advanced economy.”

Also very misleading. The Treasurer’s document includes a highly veiled chart (page 81), which compares Australia to a carefully selected group of seven economies, the members of the G7. See below.

The problem, of course, is that Australia is not a member of the G7 and should not be compared to them. The G7 countries have higher populations and larger, more sclerotic economies.

In fact, the International Monetary Fund lists 40 “advanced economies” referred to in the budget document on page 87. A fair comparison is with non-G7 countries with smaller populations and more dynamic economies. When we do this, Australia is nowhere near the leaders. See the blue box below.

The budget document states on page 8:

‘These [employment] the results have been underpinned by $314 billion in direct government financial support, including JobKeeper, which helped around 4 million people and 1 million businesses.’

Here we come to the central delusion in the narrative that the Coalition and its spruikers in the mendacious mainstream media hope to win the next election. Indeed, Australia’s employment figures have been heavily skewed by a rise in civil servants since 2016, when Scott Morrison was treasurer.

This is revealed in an obscure ABS file that is critical to understanding the fraud being perpetrated by the Coalition and leading economics writers. We are going to Workforce, Australia, DetailedFile 6291, Table 26a, Column B: Total Australian Public Sector Employees.

The percentages are just as emphatic. From August 2014 to early 2017, public servants represented less than 12% of the workforce. For the past four years, the average has been above 14%. See the pink box below.

Therefore, the decline in the unemployment rate since 2016 is not the result of business expansion in a well-run economy. It is the result of state and federal governments greatly expanding the public watering hole.

Meanwhile, the percentage employed by governments skyrocketed from 11.5 to 14.2 during those six years. 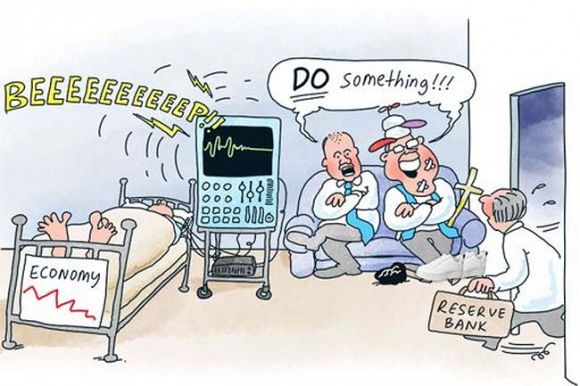 So what does this tell us? First, when comparing today’s unemployment rates to any period prior to 2018, we must add 2.2%. That is based on the simple observation that prior to 2018, civil servants made up 12.0% of the workforce and now comprise 14.2%.

So today’s headline percentage of 4.0 looks superficially correct and is, in fact, well below the average of 5.1 during the last Labor period. It’s less impressive when we add 2.2 for the comparisons to be valid. Less impressive, but more honest.

Second, the Morrison government gets away with all these blatant deceptions because it is protected by the mainstream media that repeats and amplifies the lies. To achieve a better society, we must combat the established press and support alternative media.

The bottom line is that those extra half million government employees cost taxpayers at least $49 billion each year. That’s a fair portion of the gross debt accumulated since 2018, which averages $86.9 billion annually.

We can start by banishing the current corrupt and incompetent regime forever. 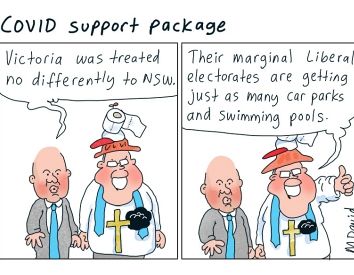 Alan Austin is an Australian freelance columnist and freelance journalist. You can follow him on Twitter @alanaaustin001.