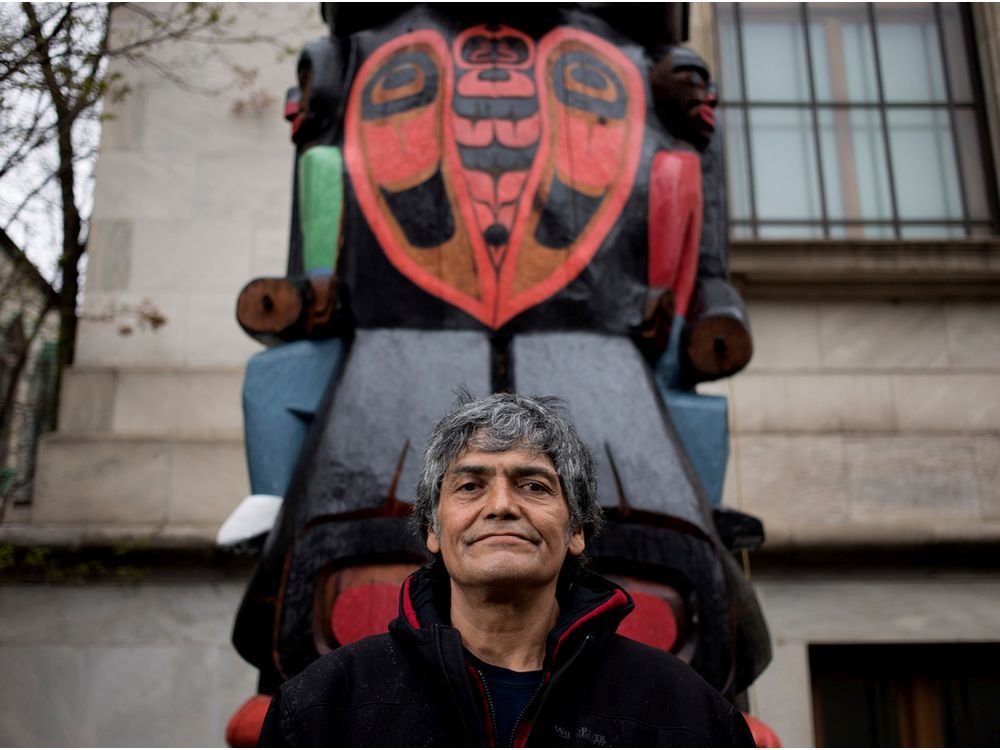 Charles Joseph, the creator of the work, which honors the children of the residence, was present at the farewell ceremony.

The colorful totem pole in front of the Montreal Museum of Fine Arts will be removed on Monday.

The museum announced Friday that the Residential School Totem Pole, the work of Kwakwaka’wakw artist Charles Joseph, will be returned to its owner in the coming days.

There was a ceremony with Joseph in attendance on Thursday to bid the totem pole farewell. Kahnawà:ke elder Otsi’tsaken:ra Patton was also at the ceremony.

The totem pole has been outside the Montreal Museum of Fine Arts building on the north side of Sherbrooke St. W. since 2017. The artist loaned it to the museum as the starting point for the exhibition La Balade pour la Paix: An Open-Museum. del Aire, held during the celebrations for the 375th anniversary of the founding of Montreal.

The totem pole is a tribute to indigenous children, including the artist, who were separated from their families and sent to residential schools from the late 19th century until 1996.

“It has been a privilege to have housed this monumental work, which reminds us of a tragic moment in our history, and to have been able to tell Montrealers its story,” Stéphane Aquin, director of the museum, said in a statement.

“His departure will not erase the memory of his teachings. The museum will continue its mission to showcase and draw attention to the richness of indigenous cultures through art.”