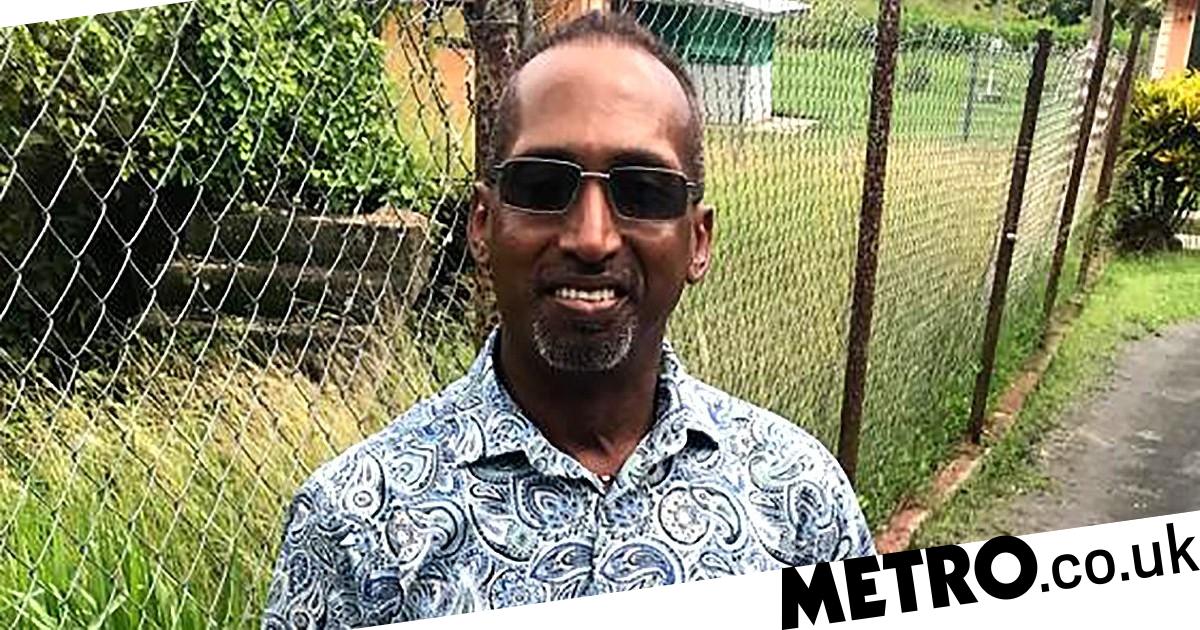 The absence of tactile paving “caused and contributed” to the death of a blind charity volunteer who fell in the path of a train, a grand jury found.

Cleveland Gervais, 53, an HIV charity counsellor, died after falling from the platform at Eden Park station in Beckenham, south east London on February 26, 2020.

A South London Coroner’s Court jury concluded on Tuesday that the lack of a warning surface to indicate the edge “contributed more than minimally” to his death.

They also said paramedics waited 10 minutes to treat Mr. Gervais due to a delay in confirmation by the rail incident officer that the track was no longer active.

Mr. Gervais, who was from Trinidad and Tobago and lived in Lambeth, south London, used a cane, had 6% vision in one eye and no vision in the other.

His partner of nearly two decades, Sekha Hall, remembered him as a ‘loving family man’ as he called for stations to be made safer for disabled passengers.

Mr Hall said: ‘Cleveland was a kind, generous and loving family man who had incredible determination and never let his disabilities stop him from moving on with his life.

“He was always helping other people and had a great sense of humor.

“We were together for more than 19 years and we loved each other very much. He was my rock, and I am lost without him.

“I am grateful for the jury’s careful deliberations and I appreciate their findings that the lack of tactile paving, or any other accommodations for the blind and visually impaired, caused Cleveland’s death.

“Cleveland’s death was a huge blow to me and everyone who knew him.

“I hope that lessons will be learned from his death and that train stations will become a safer place for people with visual impairments.”

The inquest previously said that Gervais fell from platform one at 7:05 pm, but it was not until 7:28 pm that paramedics were able to access the runway.

He was pulled from under the train at 7:42 p.m. and pronounced dead at 8:00 p.m., with the cause of death recorded as multiple injuries.

Matt Stringer, executive director of the Royal National Institute for the Blind (RNIB), said Gervais’s death was not an isolated incident.

He added: ‘We welcome this week’s investigation as an opportunity to learn essential lessons, so that a senseless tragedy never happens again.

Cleveland’s death was not an isolated incident.

“We are aware of several similar cases where the lack of tactile paving may have contributed to blind or partially sighted people falling onto railway tracks.

‘Tactile paving is not just an accessibility measure, it is critical to the health and safety of passengers and pedestrians.

‘There should be no train platforms without tactile pavement.’

Mr Stringer welcomed Network Rail’s recent announcement that it plans to speed up the installation of tactile flooring on all UK train platforms, but added that this is still subject to funding from the Department for Transport.

He urged the department’s railways minister, Wendy Morton, to confirm the funding “as soon as possible”.

Mr. Gervais had been living with HIV for more than 30 years and was well known in his local area according to the Leigh Day law firm, which represented his partner.

Kate Egerton, solicitor for Leigh Day, said: “We have heard that Cleveland was an outgoing and sociable man who enjoyed traveling within London to meet his friends independently.

“He should have been safe to do this, but his investigation this week sadly heard that the lack of tactile paving at the Eden Park station and lack of risk mitigation measures made it a dangerous place for him and anyone else with visual disability”. ‘

She added: ‘It was concerning to hear that despite the national guidance on tactile paving having been in place since 1998, Network Rail does not feel it has a legal obligation to install it across the network.

“While we understand that plans to install tactile pavements on the rail network were accelerated following Cleveland’s death, it is unacceptable that platforms are not always safe for passengers with disabilities.”