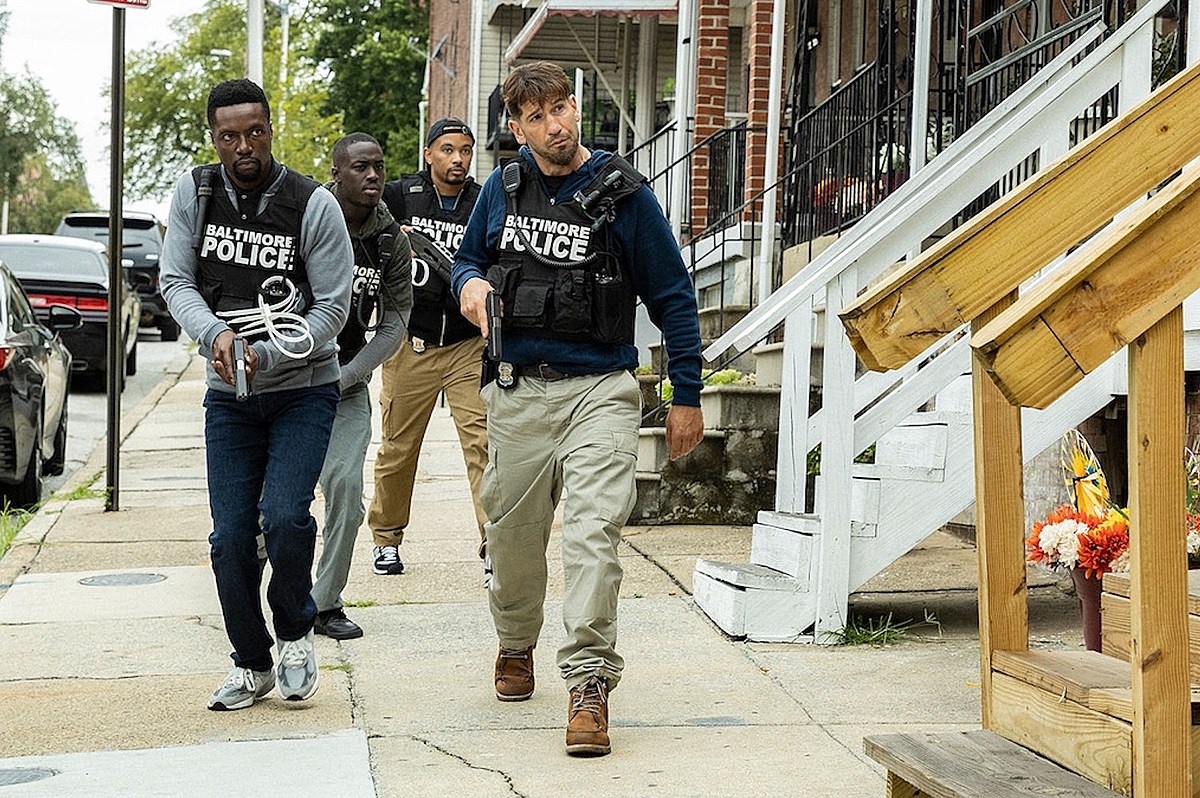 Nobody tells Baltimore crime stories quite like David Simon, the former baltimore sun journalist turned author and TV producer who wrote the book Homicide: Life on the Street was based on, and then went on to create The Corner and TheWire, maybe the greatest police TV show in history. His recent projects of him have taken him to different times and places around America — Treme took place in post-Katrina New Orleans; The Deuce was a clear-eyed look at Times Square in its seedier days — but now he’s back in Baltimore with a new crime series called We Own This City.

This show, based on a book by baltimore sun reporter Justin Fenton, is a true story about the inner workings of a corrupt unit within the Baltimore Police Department called the Gun Trace Task Force. The cast includes familiar faces from TheWire like Jamie Hector and Delaney Williams, along with other stars like Jon Bernthal, Wunmi Mosaku, Darrell Britt-Gibson, McKinley Belcher III, Treat Williams, Gabrielle Carteris, Domenick Lombardozzi, and Josh Charles. The trailer looks like a typically gritty piece of pulp from Simon, who co-created the show with author and TheWire and The Deuce Producer George Pelecanos.

Here is the show’s official synopsis:

Based on the book by Baltimore Sun reporter Justin Fenton, WE OWN THIS CITY chronicles the rise and fall of the Baltimore Police Department’s Gun Trace Task Force and the corruption and moral collapse that befell an American city in which the policies of drug prohibition and mass arrest were championed at the expense of current police work.

Not sure how any fan of TheWire can watch that trailer and not be excited to see that show. We Own This City premieres on HBO Max on April 25.

The 10 Most Ridiculous Tropes In Action Movies

Good luck finding an action movie that doesn’t have at least a few of these stereotypes.