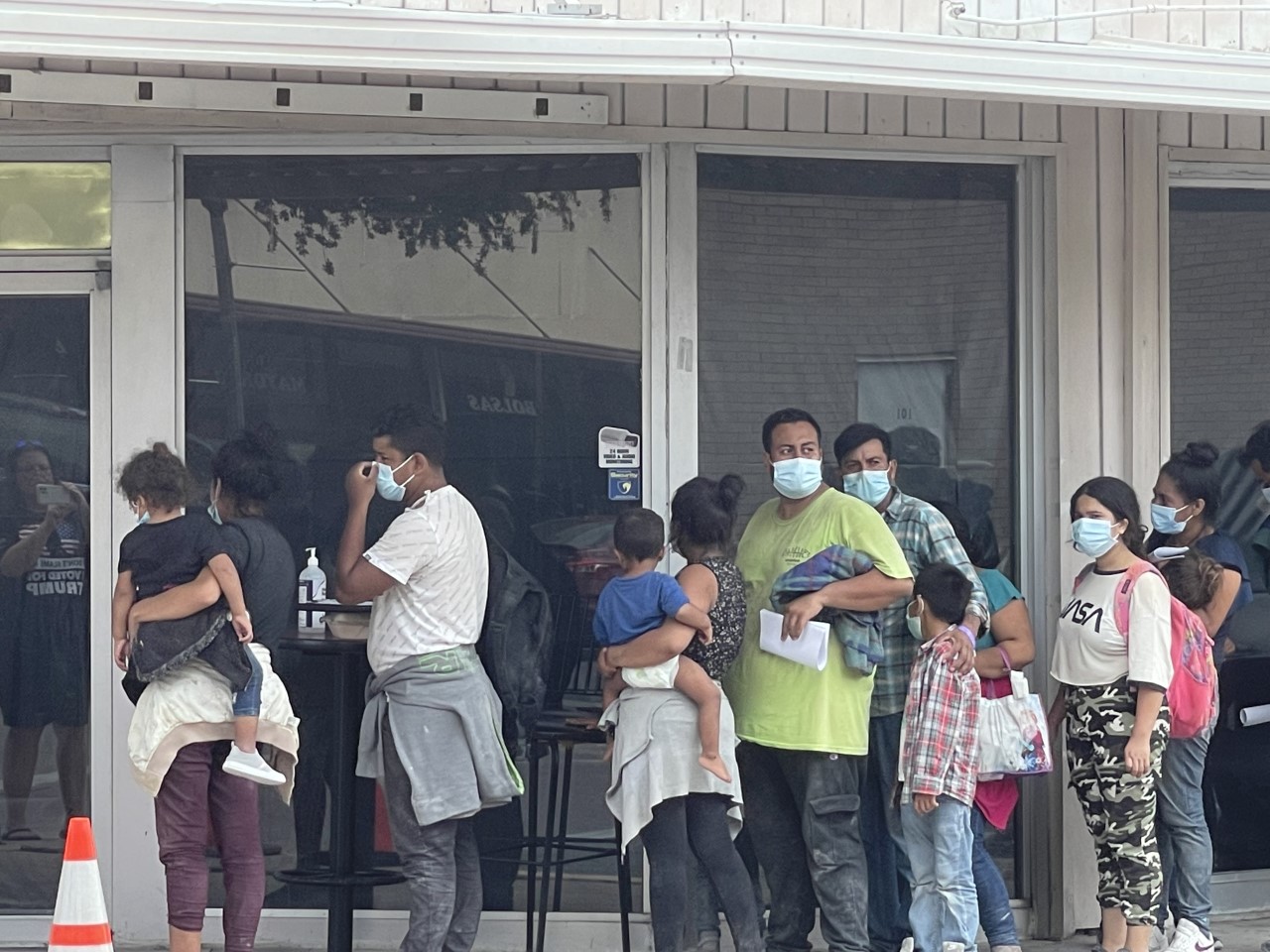 McALLEN, Texas (Border Brief) — Texas Attorney General Ken Paxton on Thursday filed his 11th lawsuit against the Biden administration over border security policies, this time over new expedited asylum screening rules set to begin at the end of the month. of May.

The new rules would allow authorized asylum officers from US Citizenship and Immigration Services to screen immigrant applicants who are subject to expedited removal from the United States. Those who claim fear of prosecution or torture and pass a credible fear test will be allowed to stay.

Normally, U.S. immigration judges conduct credible fear screenings, but last month leaders at the Department of Homeland Security and the Justice Department announced a change to asylum screening procedures that they said would help listen more quickly to the claims of the masses of migrants who are crossing the southwest border.

Congress has also endorsed this new rule and has appropriated money to hire USCIS officers who will work alongside US Border Patrol agents and US Customs and Border Protection officers in Mexico.

But Paxton’s lawsuit, filed Thursday in the U.S. District Court for the Northern District of Texas in Amarillo, claims the new rule provides too many loopholes for immigrants who don’t qualify for asylum to stay and seek asylum in the United States. USA. And he says that it unfairly “turns the entire award system upside down.”

“The last thing Texas needs is for this administration to make it easy for illegal aliens to enter the US and gain asylum through false claims and less oversight. We know what will happen when the rule goes into effect in May 2022: wave after wave of illegal immigrants claiming ‘asylum’. It is true that our immigration system is extremely backward. But the answer is to secure the bordernot overwhelm it further by enacting cheap and easy incentives for illegal aliens to enter the United States,” Paxton said in a statement.

The lawsuit was filed against Homeland Security Secretary Alejandro Mayorkas and US Attorney General Merrick Garland, who last month announced the new asylum screening changes, as well as President Joe Biden and the leaders from USCIS, CBP, Immigration Customs and Enforcement, and the Executive. Office for Immigration Review, which is the agency that oversees the US immigration courts.

This is the 11th lawsuit Paxton’s office has filed against the Biden administration regarding border security policies. Texas Governor Greg Abbott has repeatedly criticized Biden and DHS for failing to secure the southern border. And he openly condemned the Biden administration’s plans on May 23 to lift Title 42, a public health rule that has allowed border agents to immediately expel migrants who entered the country illegally back to Mexico to help prevent the spread of the coronavirus.

Abbott reiterated those claims again Wednesday as he stopped in McAllen, Texas, explaining why he is soliciting online donations from the public to help fund immigrant buses the state of Texas is sending to Washington, DC.