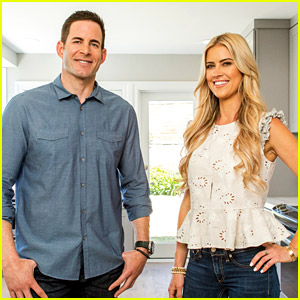 Tarek El Moussa is saying goodbye to Flip or Flop for good with a special thank you message to all who have been involved in the series, including ex-wife and former business partner Christina Hack.

The end of the series was announced just last week and since then, a tense sneak peek of the final episode was shared, showing that emotions were at an all time high.

Taking to Instagram, Tarek first celebrated the successful show, which started in 2010.

“I can’t believe this journey started in May 2010 with a home video and a dream of flipping houses on TV… it’s crazy to think 12 years later it’s coming to an end,” he wrote. “I’ve spent almost a third of my life committed to this show.”

Tarek continued, “It’s almost impossible to capture in a post what this show and experience has meant to me. After an entire decade of filming Flip or Flop, it truly feels like I have a massive family all around the world. All of you inspire me every day to keep pushing and keep going. From the crew working so hard behind the scenes, to our fans watching us every week, the support has been incredible.”

He also gave a shout out to “everyone who has put their blood, sweat and tears into this show to make it what it is today”, before adding a special thank you to Christine.

“A special thank you to @christinahaack for taking this journey with me,” he added. “I think we did a pretty good job and I’m excited for what the future holds for both us and wish her nothing but the best!”

Christine also wrote a thank you of her own: “I want to say thank you again to each and every one of you who has watched throughout the years. I’ll always remember some of the crazy / very gross homes we have walked into, the amazing transformations and everything I learned about house flipping / design along the way.”

Tarek and Christine still have their own separate projects with HGTV – Flipping 101 with Tarek El Moussa and Christina On The Coast.