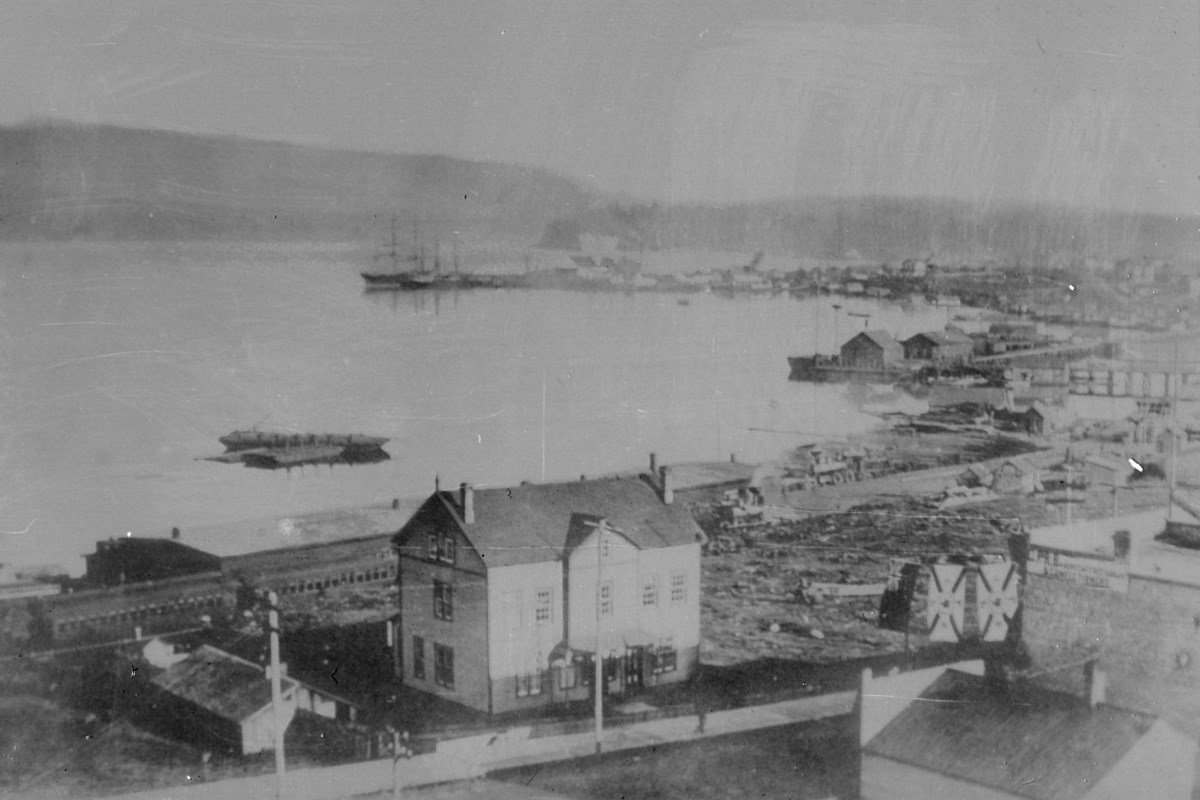 The Port of Vancouver, with its huge orange cranes, container forest, and skyscraper-sized freighter visits, is a big part of that.

It has long been a major port for Canada, the largest on the country’s west coast with massive amounts of industrial and light industrial activity.

Rewind 134 years ago and it’s both the same and very different.

Taken in 1888, this photo shows a part of Vancouver that any local would recognize today. It is from the intersection of Seymour and Cordova streets, looking northeast. That’s where the Waterfront Station stands today (although it wasn’t built until 1914).

Looking past where the large brick building now stands, you can see the harbor as it was in the early days of the city.

Logs are stacked, a steam engine can be seen along the shoreline, and what appears to be a sailboat (or at least one that sometimes relies on the wind) is docked in the distance. Closer to the photographer, it seems that a barge rests near the shore. It is not clear if it is an ancestor of a current famous barge.

Instead of large industrial facilities and CRAB Park, there are small warehouses and shacks scattered along the shoreline.

In the foreground, a banner on a building advertises something for Canadian Pacific Railway, though exactly what it is is unclear. The railway had only been in operation for about a year at the time; the first passenger train arrived in May 1887.