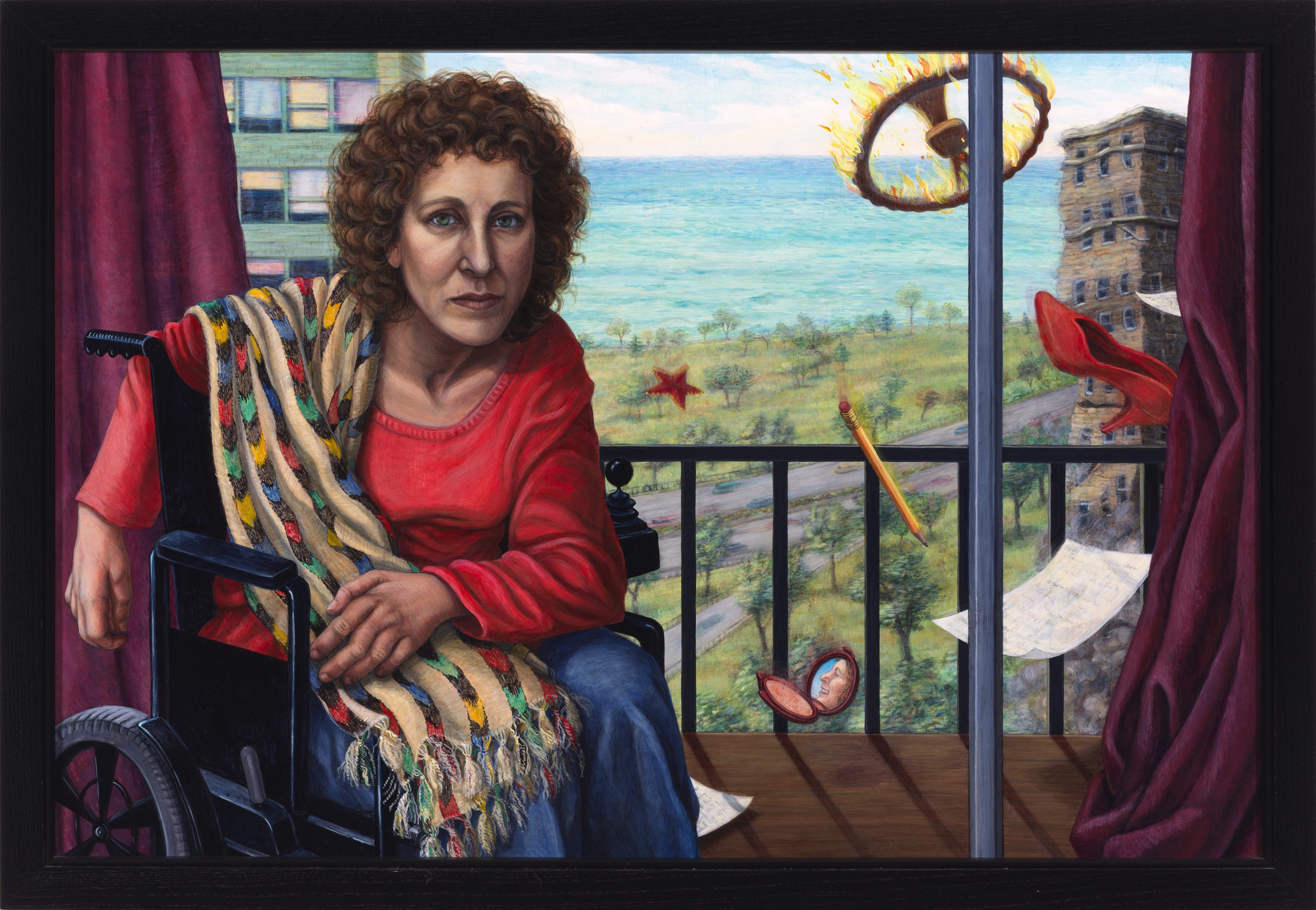 Editor’s note: Chicago playwright, novelist, actress, director and disability rights activist Susan Nussbaum died on April 28 of pneumonia at age 68. Playwright Mike Ervinwho collaborated with Nussbaum as co-author of the comedy magazine The Brave and Brave Show and whose 1999 work, The history of bowlingit was directed by Nussbaum, recalls his friend and mentor.

Not only will it be one of the most satisfying reads you’ve had in a long time, but you’ll understand why so many of us in the disability community are so heartbroken by his recent death.

When you read Susan’s book, you’ll hear clear and powerful voices telling the story of disabled teens in Chicago who have been abandoned in a state-run, segregated, dead-end school for disabled youth. In the end, you will be sad that there is not more of this writing to come.

What stands out loud and clear in this book and in all of Susan’s writing on disability is her intense love for the disability community. But she was not a loving and caring person in the slightest. She expressed that love by undertaking projects that were inspiring to those who participated in them. That project could be a street protest or a mutual support group for disabled girls or something else.

Susan (and another guy whose name I can’t remember) wrote a disability-themed sketch comedy called Looking back that occurred in Second City, etc. in 1983. Susan also acted in it. I got excited watching it. I have never seen disability issues handled with such acerbic humor! It was about time! That was the kind of stuff I wanted to write about.

A few years later, Susan asked me if I wanted to write her next show with her. Of course, I took the opportunity. The result was another disability-themed sketch comedy called The Brave and Brave Showwhich was produced at the good old Remains Theater in 1990. The cast included Susan and another wheelchair user, a deaf person, and a blind person.

I had never written for theater before or been involved in theater in any way. Hell, he’d only seen a handful of plays. But I kept writing a play called The history of bowling and was produced at the Victory Gardens Theater in 1999 and 2000. Susan was the director both times. After that, a play that Susan wrote is called no one so nasty it appeared in Victory Gardens and I helped with the production. These plays featured protagonists with disabilities.

I am very proud of all that. What I enjoyed most about being a theatrical collaborator with Susan was that our senses of humor were so much in sync. We were both big fans of sarcasm, black humor and the absurd. Working on a show with her was exciting for me because she made me laugh so much.

I have one more Susan story to tell. She has nothing to do with the theater but it must be told.

Susan proudly called herself a socialist. She once told me that her dream partner, who could meet her every need, would be a “Marxist-Leninist wheelchair repairman.”

So, of course, Susan was one of the people who arranged for some disabled people from Chicago to travel to Havana to break bread with some disabled Cubans in 1988. Once again, I was lucky enough to be included in one of her projects. . One day, we Chicagoans were sitting outside in Cuba having lunch in perfect tropical weather. Susan began to dictate a letter to another woman in our group, who was armed with a pen and notepad.

Susan dictated: “Dear Commander.” The rest of us at the table scolded her a lot for having written a letter to Fidel, telling him how in love we are with her country and inviting him to visit us. What a desperate gringa thing to do, we all said. Good luck getting that letter to Fidel, and even if you do, there’s a good chance he’ll have time to meet with us. He probably laughs at how gringos we are.

A few days later, a stop on our itinerary was a rehabilitation hospital in Havana. While we were talking to the head doctor, our tour guide, Lilia, mentioned the letter. And the doctor said, “I am a member of the Central Committee. I will see Fidel this afternoon. I’ll give him your letter.

The day we were going to return to the United States, Lilia said, “I’m going to miss you guys. Can we have a small party in the hotel lounge?

So we all gathered in the hotel lounge and after a few minutes, Fidel and his entourage came in, which included the rehabilitation doctor. Fidel stayed for two hours and talked with us about the Bible, public transportation, and much more. Earlier in the trip, Susan developed pulmonary congestion and spent a couple of days in a Havana hospital receiving respiratory therapy. Susan told Fidel about his hospital stay and mentioned that he received a bill for $250. Fidel apologized and said that the only reason she received a bill was because she was not a Cuban citizen. Susan assured Fidel that she was not complaining about the bill. How much would two days in the hospital with respiratory therapy cost in the US?

Shortly after Fidel left, the rehabilitation doctor returned to the room and picked up the phone. He told Susan, “I’m going to call the hospital, Fidel said to cancel your account.”

Can you see why so many people miss Susan so much?