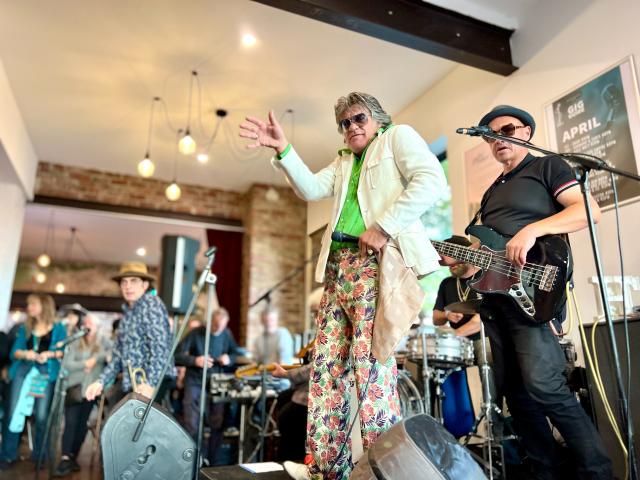 The inaugural Spotswood Festival was canceled for the weekend, less than 24 hours before it was due to start.

The festival was planned for Saturday April 30, with Hudsons Road and Hall Street blocked off for the event.

However, on Friday night, the festival’s Facebook page posted a post announcing that the festival would not take place because the proper permits had not been granted.

The festival was an initiative of Better West and received funding from Hobsons Bay Council’s Make it Happen grant programme.

Better West president Rosa McKenna said the council advised festival organizers nine days before the event that they would need to contact Metro Trains due to the event’s proximity to the Spotswood station.

Metro met with festival organizers at the event site on April 28 to identify potential safety risks, and the following day informed organizers that the festival was considered unsafe due to its proximity to unfenced train tracks. .

Ms. McKenna said that while no one party is to blame for the cancellation of the event, Metro should have told them what they needed to do to rectify the situation.

“At no time did they say that these are the conditions that we would be happy with, can you make it happen? If they had done that, we would of course have done it,” she said.

“The result was another kick from COVID to the guts of businesses, as if having to turn around and cancel at the last possible moment is exactly what this was meant to cure.”

A Metro spokesperson said safety is always their number one priority.

“On Thursday, Metro was notified for the first time that various parts of the Spotswood Festival were proposed to surround the level crossing, in close proximity to unfenced rail tracks,” the spokesperson said.

“Our concerns were about the safe operation of the network for our passengers, event attendees and our train conductors. We were unable to reach a resolution in the short term.”

A Hobsons Bay council spokesman said the council was disappointed the festival was not taking place, but would support the festival in the future.

“Sadly, key safety requirements related to pedestrian access across the rail line were not resolved in time for the festival to proceed.”

Despite the festival not taking place in its original form, locals turned out in droves to support the businesses and the musical acts moved into the Spotswood Hotel.

“The pub was hectic and swaying. People went out and bought all the food from the shops that they had prepared and it was an amazing day, it was actually a lot of fun,” said Ms. McKenna.