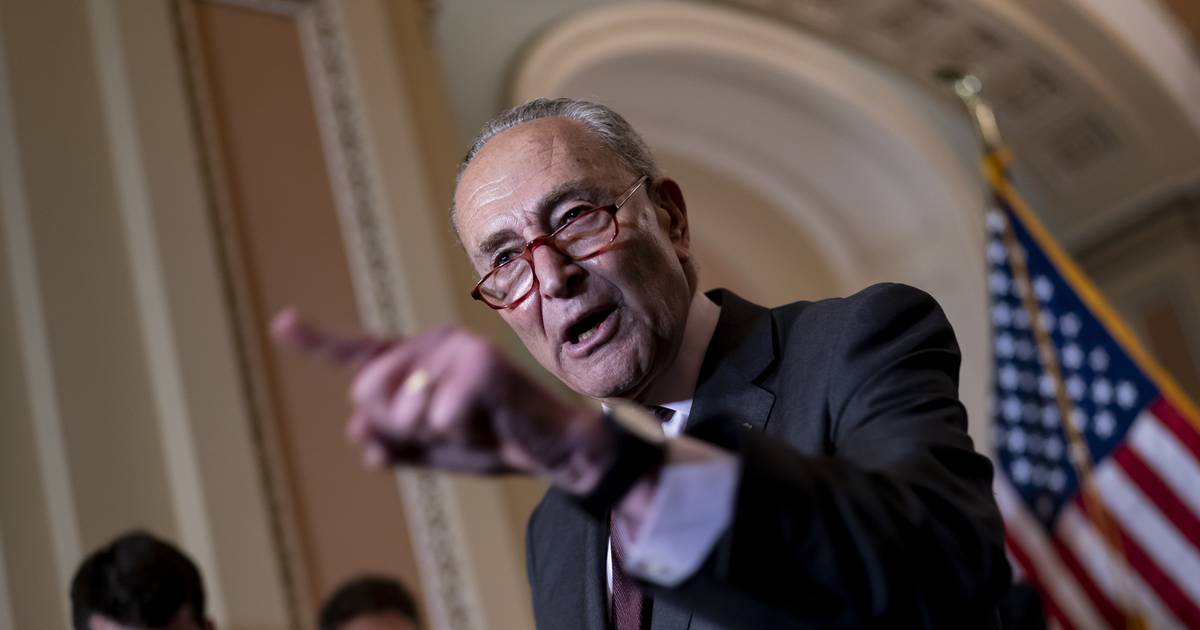 The Senate will hold a vote this week that will force lawmakers to publicly share their positions on abortion, Senate Majority Leader Chuck Schumer said Sunday.

The New York Democrat said he would move to hold a vote Wednesday on codification of abortion rights, which the Supreme Court is poised to ban, according to an explosive leak of the majority’s draft decision on the matter.

He acknowledged that a vote in the evenly divided Senate would be a symbolic but valuable gesture.

“Republicans have tried to dodge it. They have surreptitiously tried to take away rights by packing the courts, but they don’t get up and talk about it,” the senator said at a press conference in Midtown Manhattan.

“Now they have to show which side they are on.”

“Roe v. Wade created a constitutional right that did not exist in the written constitution,” Sen. Lindsey Graham (RS.C.) told “Fox News Sunday.” “This was divisive from the day it was decided until now.”

The leak last week of the Supreme Court’s draft opinion that overturned the Roe v. Wade guaranteeing the right to abortion has shocked the entire country.

President Biden has refused to call for an end to legislative filibuster, a move that could allow the Senate to codify abortion rights with a slim majority.

Asked about ending the filibuster, Schumer was noncommittal, saying: “The bottom line is the first thing we’re going to do is have this vote, which is a very important vote.”

He echoed Democrats’ hopes that the abortion ruling, which is expected to be finalized sometime in the next few months, will be a boon in this year’s midterm elections.

“We will have many different ways to protect women’s health and we will pursue them all,” Schumer said.

The junior senator from New York echoed his comments.

“We are going to be aggressive with all of our colleagues and with our Republican allies to vote to codify Roe v. Wade,” Democratic Sen. Kirsten Gillibrand said on CNN’s “State of the Union.”

“We are not giving up. We will never give up. And we will keep fighting,” he added. “And if the American people are paying attention, this issue will also be on the ballot in November.”

House Speaker Nancy Pelosi said the Supreme Court had “hit women in the face” with its draft ruling.

The issue “puts urgency on what’s happening in the election,” the California Democrat said. “This is about something so serious, so personal and so disrespectful to women.

“This is an ongoing fight that we’ve had for generations, decades,” Pelosi said. “This year, either [you’re] for the consecration of Roe v. Wade, or not.”