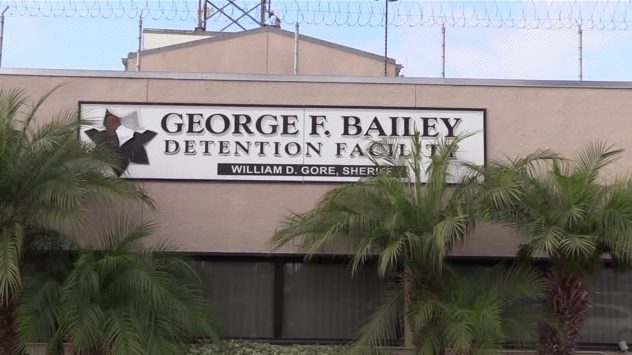 SAN DIEGO – A San Marcos man being held at the George Bailey Detention Center died Wednesday after he and another person were found unconscious at a security checkpoint, county sheriff’s officials said.

Around 8 am, Omar Ornelas, 25, and another unidentified incarcerated man were found in their cell, San Diego County Sheriff’s Lt. Chris Steffen said. The second man was revived by authorities using naloxone, a drug used to treat overdoses, and transported to an area hospital.

Officers, medical personnel and paramedics made efforts to save Ornelas, but he was pronounced dead a short time later, Steffen said.

He had been in the Otay Mesa Detention Center since December.

Ornelas’ cause of death is being investigated by the Sheriff’s Homicide Unit. Ornelas’ autopsy is scheduled for Thursday.

No further details were immediately available.

His death comes at a time when the sheriff’s department is facing increasing scrutiny over inmate deaths following the release of a searing report by the California State Auditor. In it, Michael Tilden wrote that the agency “has failed to adequately prevent or respond” to the problem of jail deaths and called for legislative action to address it.

Nora Vargas, vice president of the county Board of Supervisors, said the report “sheds light on (a) deeply troubling issue in this county,” while her colleague Jim Desmond called it “a wake-up call.”

The San Diego Racial Justice Coalition held a press conference Wednesday with several families to call on the district attorney’s office to prosecute the officers or resign as jailhouse deaths continue to occur.