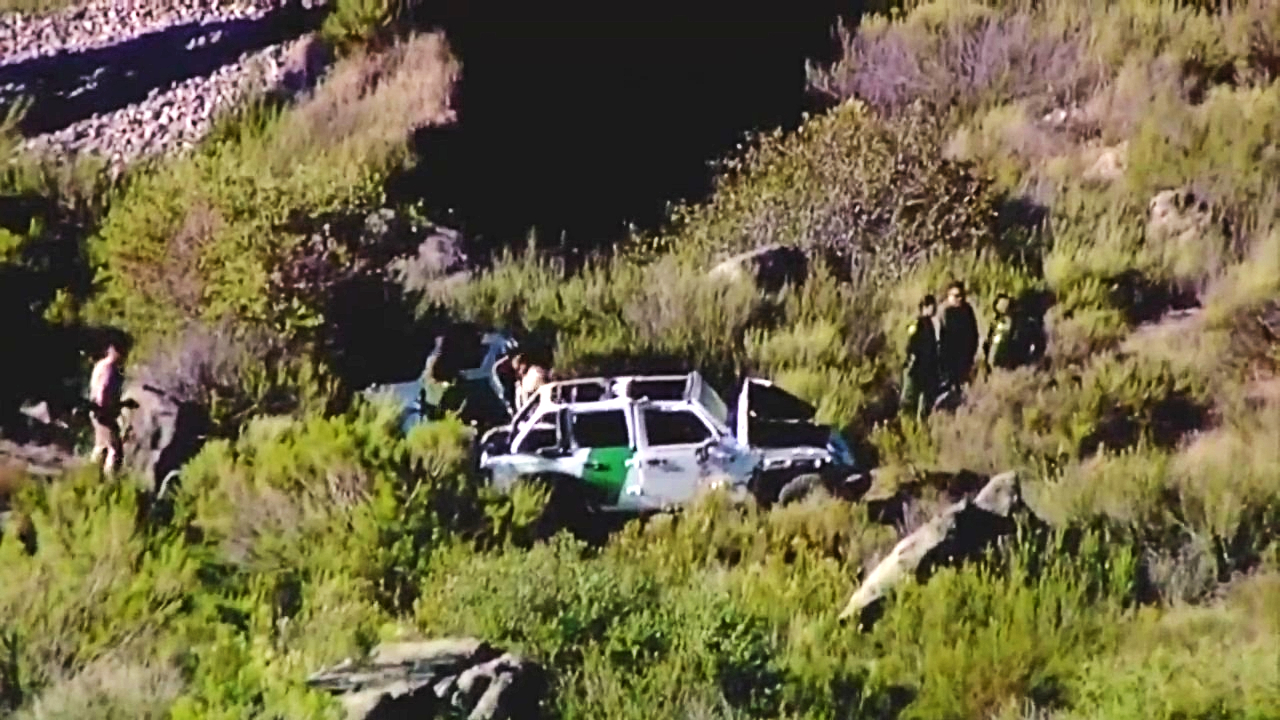 SAN DIEGO – A Border Patrol agent was killed in a crash in rural San Diego County on Friday morning, authorities confirmed, but authorities released few additional details about the collision.

The crash happened around 5:40 a.m. on State Route 94 in the Campo area, which is close to the US-Mexico border in the eastern reaches of the county. A Cal Fire spokesperson told FOX 5 by phone that a Border Patrol agent flipped over and his vehicle was severely damaged.

A California Highway Patrol spokesman confirmed the crash killed one officer and referred to the collision as a “single vehicle” accident. They added that the agent was the only person in the vehicle.

SkyFOX flew over the rural highway on Friday morning. A dented Border Patrol SUV was sitting on an embankment near some train tracks. The vehicle was clearly damaged, but it was not immediately obvious how the vehicle landed in brush and rocks.

Video from OnScene TV showed Cal Fire, US Customs and Border Protection, CHP and other agencies involved in an investigation.

As of 7:45 a.m., immigration authorities had not returned a request for comment.

Check back for updates on this developing story.