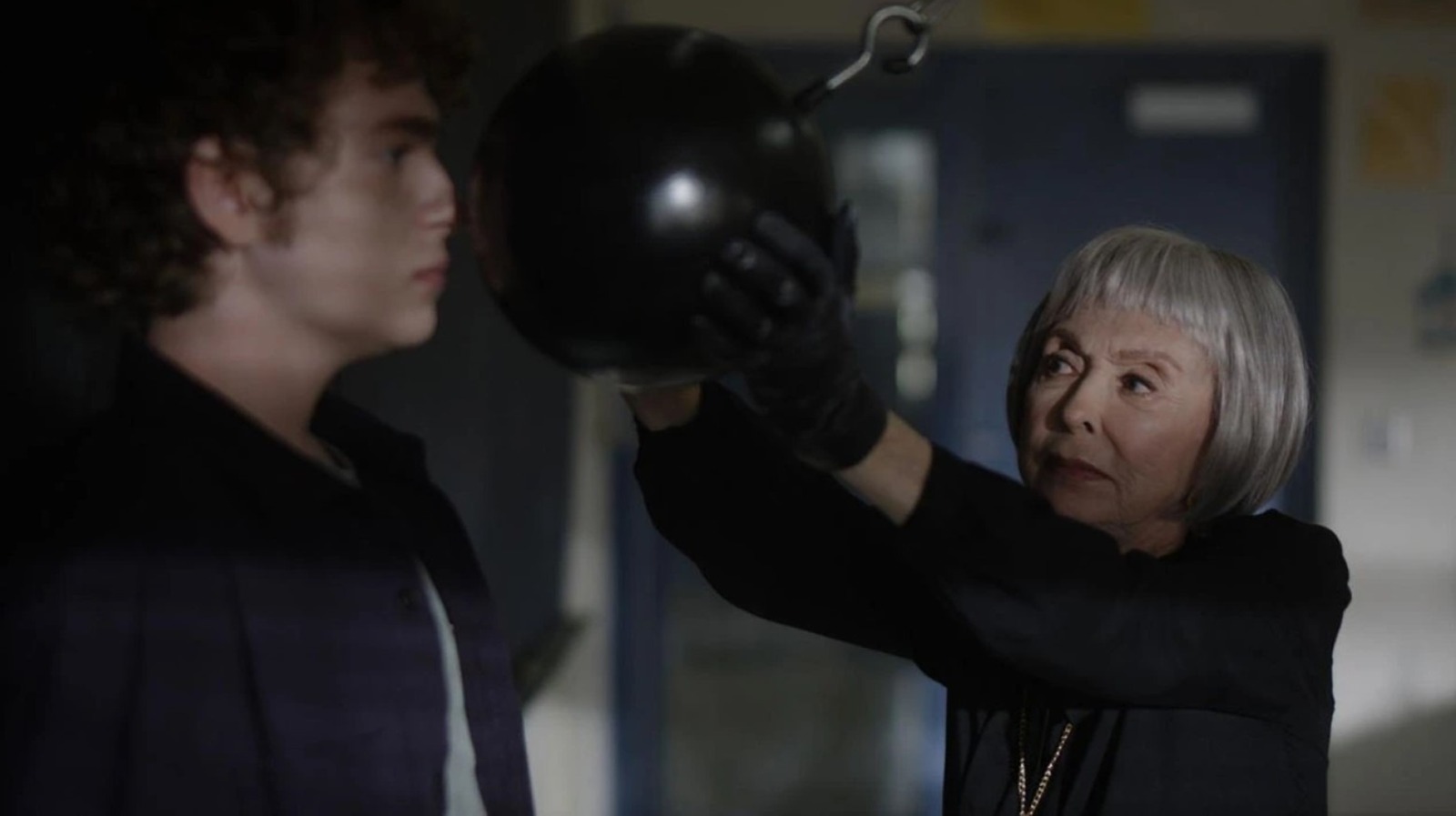 When I walked into the theater to see “The Prank,” I was worried it would be a critique of cancel culture and how accusations can sometimes be fake but still do irreparable damage. Luckily, one of the best things to be said about the film is that screenwriters Becca Flinn-White and Zak White don’t really care about that stuff. Instead of focusing on the accuser/accused dynamics, the film is more interested in how quickly people (especially adults) jump on the latest hot new story.

It’s not just that someone accused a known figure in the town of something horrible, it’s that every day everyone at school gets obsessed with hot new gossip. And later, it’s the fact that apparently, every single person in town hates Mrs. Wheeler. Indeed, the film’s funniest running gag is seeing every local news reporter reveal they had Mrs. Wheeler as a teacher and that they hate her guts, before jumping to wild conclusions to support their ludicrously biased reporting of her.

Does it lack nuance? And it is. Could the script actually say something more meaningful? Sure. But even in its barebones commentary, “The Prank” is rather funny. This is a somewhat adolescent film about getting back at the figures of authority you know you have no logical reason to hate, and about how quickly people like to jump on the thing everyone else is talking about — even when they have nothing to contribute.