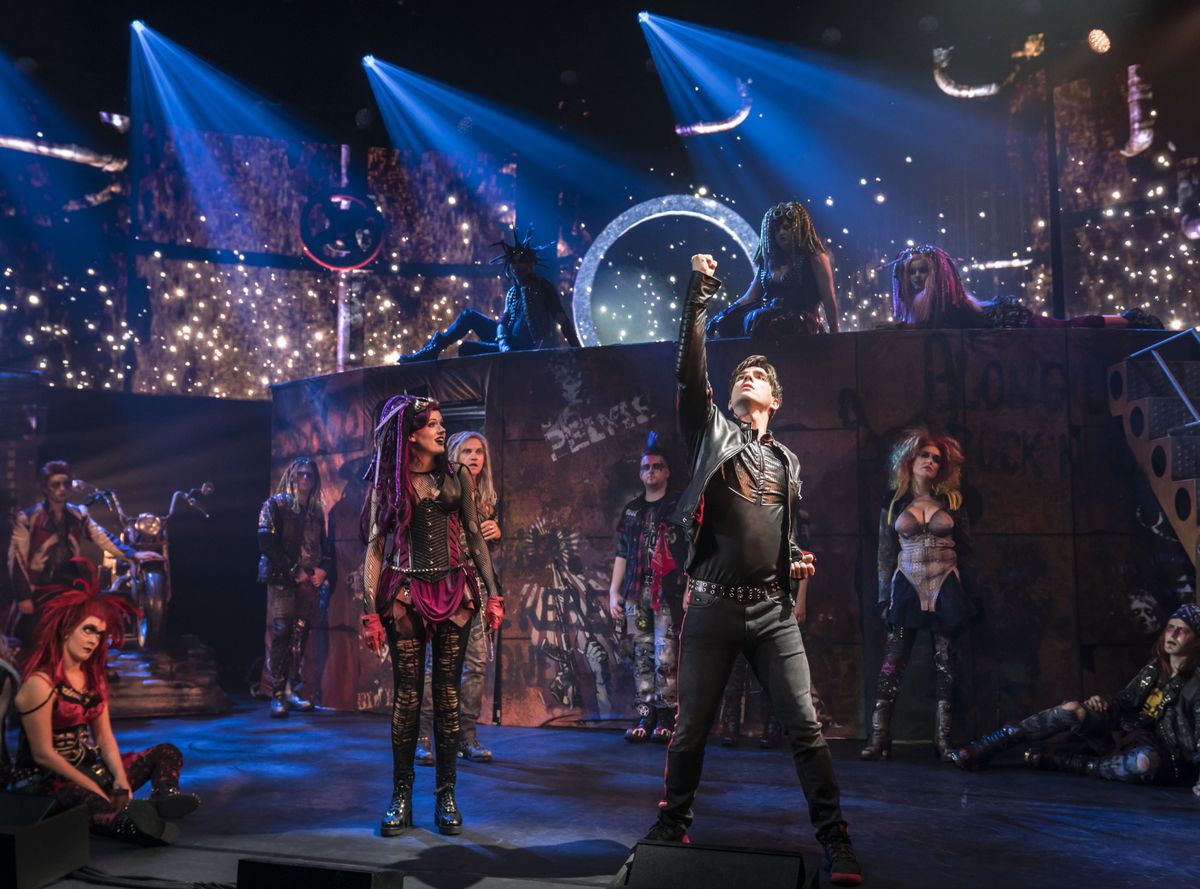 As a fan of Queen, I was really looking forward to seeing this jukebox musical and the show is packed with hit after hit of instantly recognizable hits from their back catalogue.

Bohemian Rhapsody, Radio Ga Ga and I Want to Break Free are just a few of those featured and the incredibly talented cast did not disappoint.

We Will Rock You is set in a distant, dystopian future where Earth is called iPlanet and its inhabitants wear the same clothes, think the same thoughts, and exist in a brainless haze.

This system prohibits musical instruments and composers, while rock music is almost unknown.

The musical tells the story of Galileo, Scaramouche, Killer Queen and the other bohemians and allows audiences to join them on their journey to discover the Holy Grail of rock and restore the free exchange of thought, fashion and live music.

The show first premiered in 2002, but the script has been updated to reflect the changing times since then, even with a few nods to the coronavirus pandemic thrown in.

Galileo (Ian McIntosh) gave an energetic performance, referencing some of Freddie Mercury’s mannerisms along the way, and his voice shone through many of the songs, especially We Are The Champions, which had the entire audience in awe. hands in the air, swaying sideways. aside.

Scaramouche (Elena Skye) had an impeccable voice with one of the show’s standout performances, Somebody to Love, as did Meat (Martina Ciabatti Mennell) with No One But You.

Killer Queen (Jennifer O’Leary) played an excellent Cruella de Vil-type character from the rock world, managing to bring out the big voice needed for songs like The Show Must Go On.

Cliff (Michael McKell) also had some of the best comedic lines that got the biggest laughs from the audience.

It’s full of goofiness with some hilarious gags thanks to writer Ben Elton’s comedic flair, and while the story is really wacky, it’s a lot of fun.

Coupled with a fantastic performance from a live band, it’s no wonder the show managed to get a standing ovation on its opening night.

Touring the UK until September, We Will Rock You plays at Birmingham Racecourse until July 30.