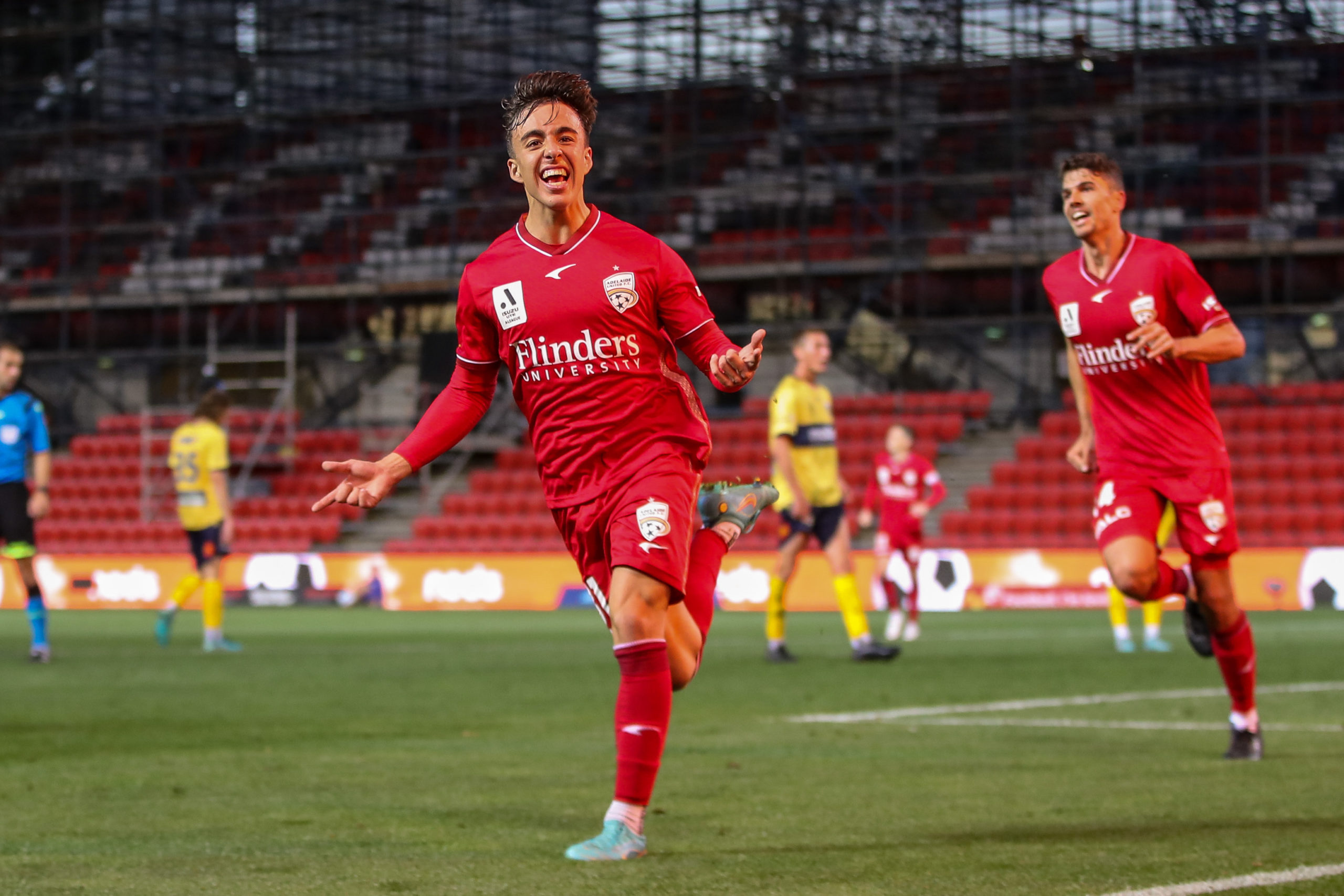 The Reds were forced to work hard for the win and the Mariners looked more likely at times during the clash, pushing Adelaide all the way.

United will now face junior premiership Melbourne City at Hindmarsh Stadium on Wednesday night ahead of the second leg in Melbourne on Sunday.

Coach Carl Veart heaped praise on his side, saying he was always comfortable with the way the game played out.

“It was a bit of a stretched game, that’s how Central Coast plays,” he said.

“They advanced a lot of numbers and I think we limited the opportunities they had to get behind us.

“It’s finals football, it’s always on a knife edge, it can go either way and our guys were tremendous.”

Adelaide attacked straight from kickoff, but once the Mariners calmed down, they took control of the game and pushed the Reds back.

United eventually fought their way back into contention and the two sides traded blows before the Reds broke the deadlock after 26 minutes.

A strong interception by Aleksandar Popovic caused the young stopper to burst out of the defense before providing a through ball to Craig Goodwin.

The Reds winger latched onto the pass, after it had deflected past Central Coast defender Cameron Windust, and slid his first effort past goalkeeper Mark Birighitti.

United doubled their lead in the 66th minute after a well-crafted step.

Isaias took a first long ball down the left to Goodwin, who sent a perfect cross for Kusini Yengi to deflect the ball from close range.

The Mariners got one back just four minutes later thanks to substitute Storm Roux, and Central Coast pushed for an equalizer, but in stoppage time the Reds scored a third courtesy of Bernardo.

It was Isaías who again gave the pass from midfield with Bernardo’s first touch past their defense before driving towards goal and shooting hard and low from outside the area, throwing Birighitti off.