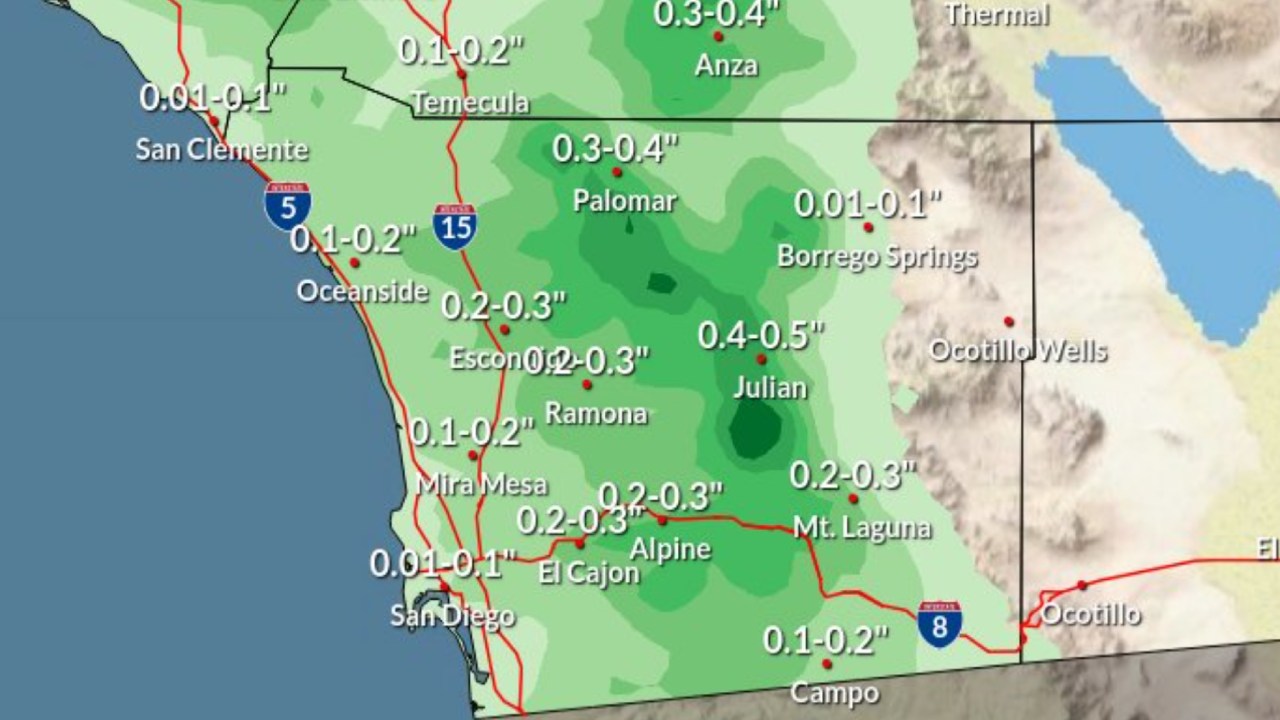 SAN DIEGO — It may have been sunny and clear Thursday afternoon, but cooler temperatures, gusty winds and rain are on the way.

A fast-moving low pressure system will swoop over Southern California tonight, bringing scattered showers and the possibility of thunderstorms through early Friday.

Ahead of the storm will be strong winds from the west to the northwest, especially for the mountains and deserts of the county, where a wind advisory is in place until 6 pm Friday. Gusts could reach 40 to 60 mph in those isolated areas, and gusts up to 30 mph along beaches and inland valleys.

For those in mountain communities, a light shower could develop as early as 9 p.m. tonight, but most of the rain will move across San Diego County while most are asleep (between midnight and sunrise). of Friday).

A few isolated showers are possible in the eastern county on Friday afternoon as the system moves southeast.

Temperatures will be coolest on Friday, but then high pressure builds over the weekend and will bring warmer temperatures and dry conditions through the middle of next week.