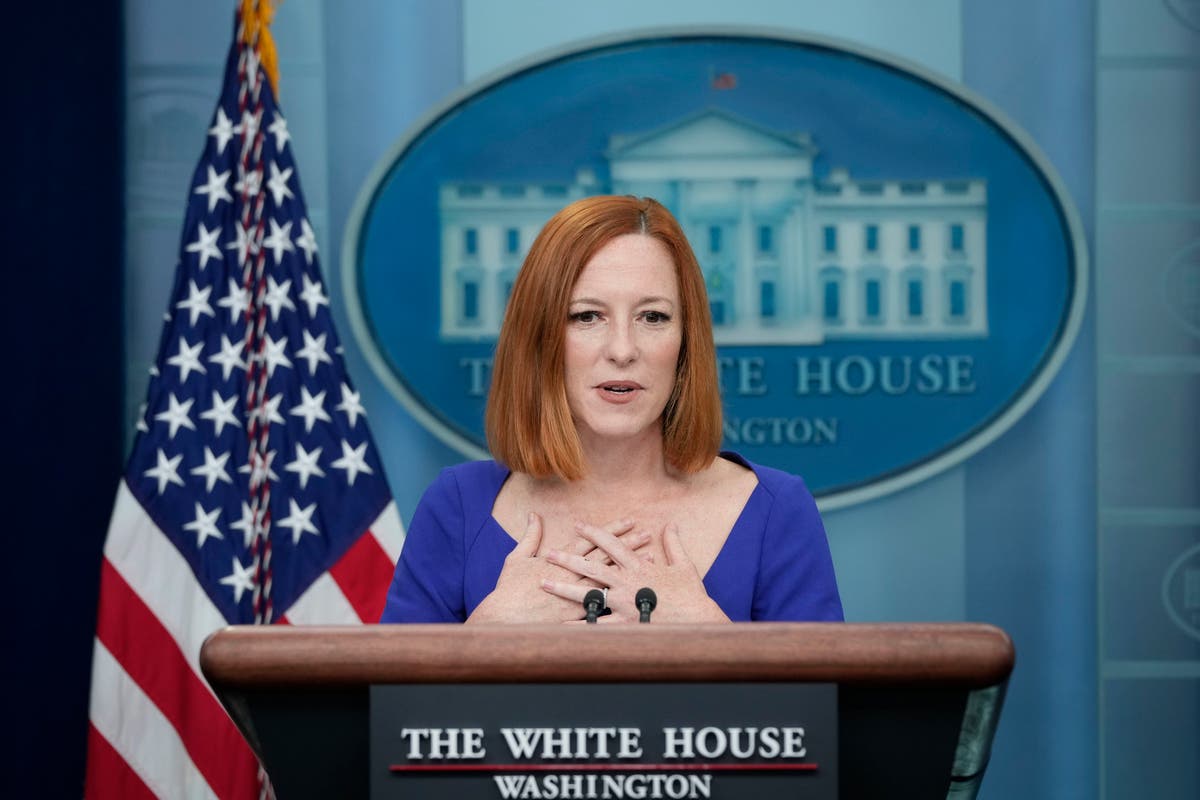 Jen Psaki gave her successor as White House press secretary some advice as she gave her final report as a member of the Biden administration.

Ms. Psaki was emotional on her last day at the White House before she begins work as an anchor and analyst at MSNBC.

He will hand over the job to Karine Jean-Pierre, the top deputy press secretary, who will become the first black and openly gay person to hold the job.

And he warned his successor to avoid becoming “a one-liner meme.”

“It can get repetitive here from time to time, that’s not a criticism, you all are doing your job. But, in the age of social media, always provide the context and all the details because you never want to be a one-line meme,” Ms. Psaki said to her replacement, who she was watching.

“Otherwise, be yourself. And Karine, as I said last week, she’s going to bring her own magic and brilliance, her own style to this meeting room and it’s always, for anyone who comes after me or Karine, it’s to continue to improve, to do better for the President and the American people. ”.

The White House says Friday’s briefing was the 224th that Ms. Psaki has handled during her 16 months on the job.

During his last, he thanks Joe and Jill Biden and his White House colleagues for the support he received.

“People always ask me … if Washington is rotten, if everyone is corrupt here and nothing good happens and we all just argue with each other,” he said.

“I, having done this job, I think the opposite is true.”

He also thanks the White House press reporters for doing their jobs, something he said acted in support of the democratic process.

“Without accountability, without debate, the government is not that strong.”