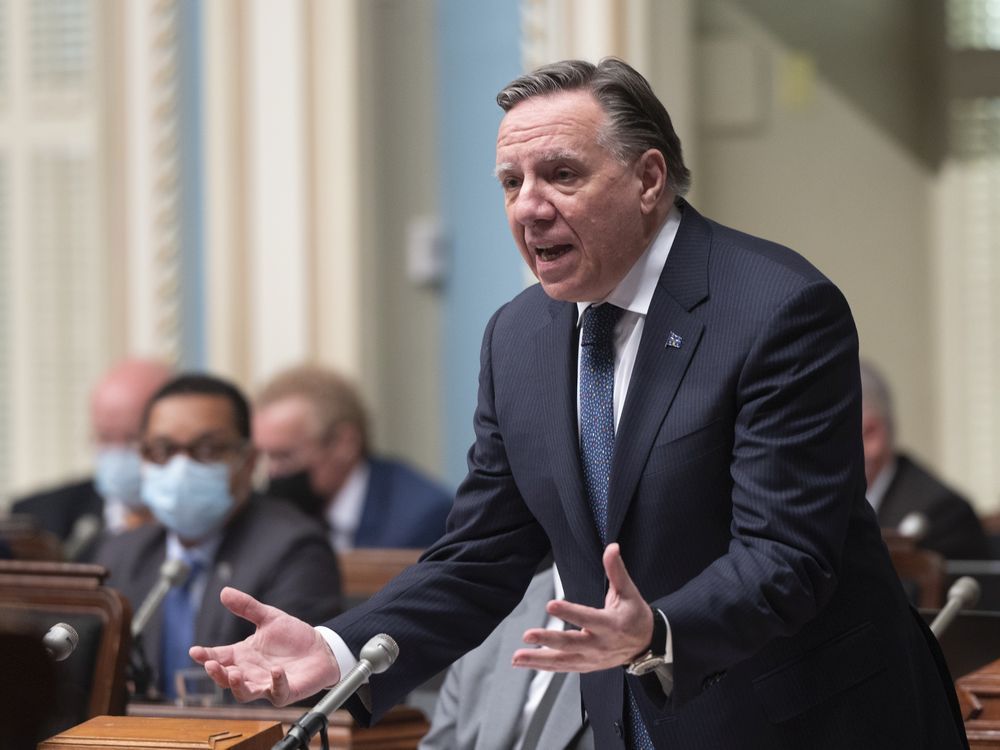 QUEBEC — Prime Minister François Legault has turned down an invitation from a media consortium to participate in an electoral debate in English.

The prime minister’s press attache, Ewan Sauves, said in a statement that Legault has already committed to other discussions.

“We have turned down invitations for two debates, including one in English,” Sauves said. “The Prime Minister is already participating in two debates organized by TVA and Radio-Canada.

“You have to understand that each debate requires a not inconsiderable amount of preparation time.”

Four of Quebec’s major English-language broadcasters announced this week that they invited the leaders of the five parties with seats in the National Assembly to a debate in English during the fall campaign.

The 90-minute televised debate was scheduled for September 20, two weeks before the vote. The consortium included CBC, CTV, Global and CJAD.

In 2018, the leaders of the four largest parties, including Legault, participated in Quebec’s first English-language televised leaders’ debate.

Québec Solidaire co-spokesperson Gabriel Nadeau-Dubois was expected to give the green light.

Anglade and Duhaime were quick to criticize Legault for his decision.

“Today François Legault is turning his back on English-speaking Quebecers,” Anglade said in a statement. “We Liberals will always seek to form a government that represents all Quebecers, regardless of what language you speak and where you come from.”

Duhaime noted that both Legault and former PQ leader Jean-François Lisée participated in the 2018 debate.

“After dividing Quebecers into essential and non-essential, vaccinated and unvaccinated, believers and laity, François Legault is now trying to divide us into Anglophones and Francophones.

“The prime minister is not a statesman. He is hardly an ultra-partisan leader of the CWC (Coalition Avenir Québec)”.

However, on Friday, Paul St-Pierre Plamondon, the leader of the Parti Québécois, tweeted that he, too, was unwilling.

“The PQ will not participate in a Leaders debate in English,” St-Pierre Plamdonon tweeted. “The official and common language of Quebec is French. Of course, we will be available to answer questions from Anglophone journalists (after the two debates in French)”.

The Parti Québécois will not participate in the leaders’ debate in English. The official and common language in Quebec is French. Of course, we will be available to answer questions from English-speaking journalists.

Duhaime suggested that the debate continue without Legault and St-Pierre Plamondon.

“I suggest we set up two empty chairs for the PQ and CAQ leaders while Mr. Anglade, Mr. Nadeau-Dubois and I debate and speak to voters in England and Quebec.”

The TVA leader’s debate is on September 15 and will be followed by the Radio-Canada debate a week later on September 22.

The election is October 3.