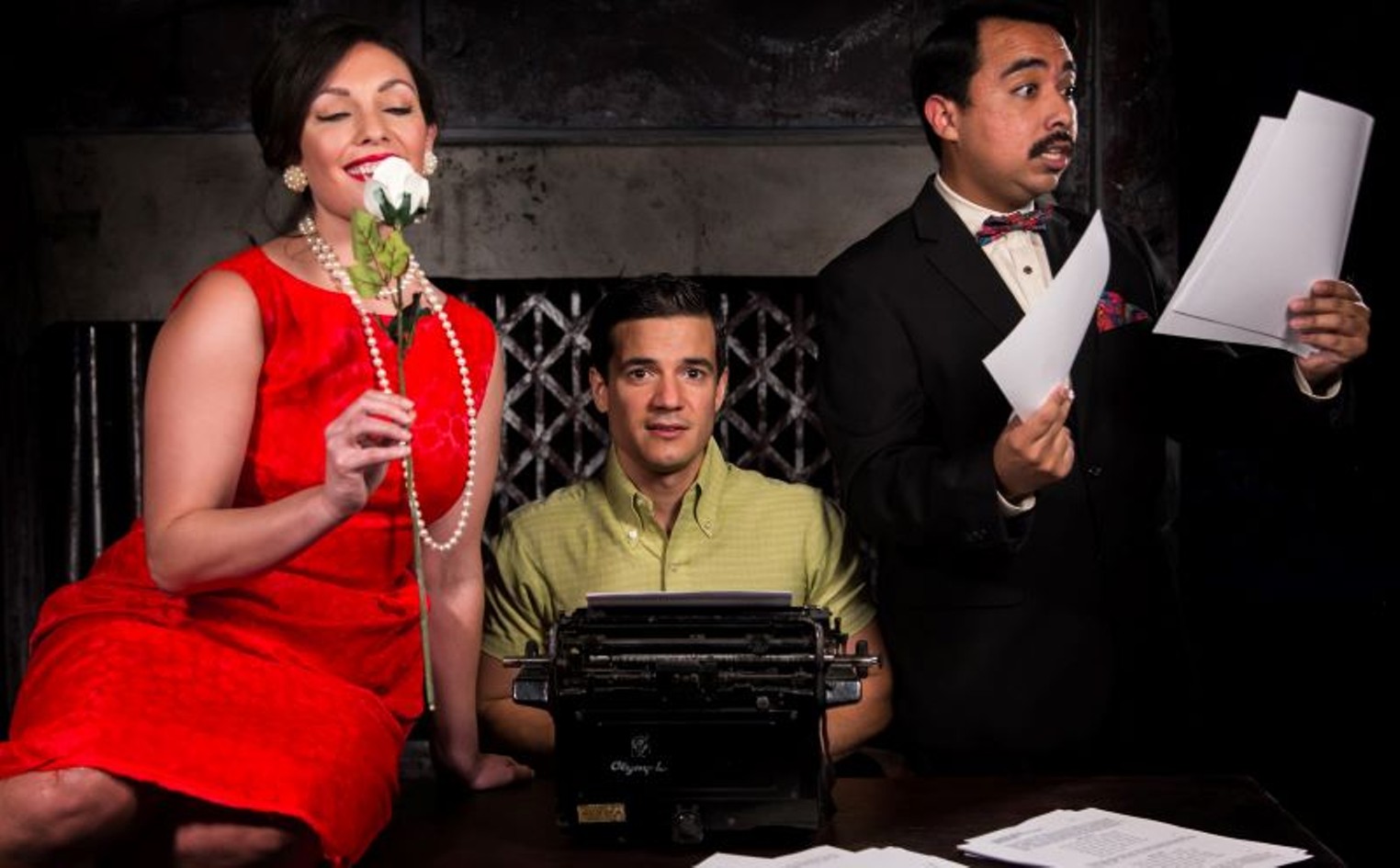 Mario is a young man looking to establish himself as a writer when he meets a woman ten years older than him and recently divorced, which in 1950s Peru is still somewhat scandalous. In typical rom-com fashion, they don’t like each other at first, but over time, the attraction grows.

What makes this story special is that it is a somewhat fictionalized version of the early adult life of famed writer and Nobel Prize-winning author Mario Vargas-Llosa, who wrote about it in his book Aunt Julia and the screenwriter. Caridad Svich adapted the book for a play in Spanish and English versions and the English version will premiere at Main Street Theatre.

Svich, who was commissioned to adapt a series of books as plays for the New York City Spanish Repertory, including that of Isabel Allende. The House of the Spirits: A Novel Y Love in times of anger by Gabriel García Márquez, saying that they are wonderful novels, but above all dark and sad. It turns out that both she and the theater company decided that it was time for a comedy and the result was an adapted Aunt Julia. The Spanish version of the play premiered in 2015.

In the play, Mario is visiting his family and Julia comes to stay with them. “She just got divorced, there’s a bit of a fuss. She’s a divorcée and she’s retiring and they don’t get along. It’s kind of a cute encounter,” says Svich.

“He’s attracted to her, but he understands there’s an age difference, she’s recently divorced. He doesn’t have a partner in his life. There’s a little bit of shakiness around this relationship. Then it turns into a friendship where they talk about life and art and her life. Partly for him, he’s a writer, so partly for him, as writers often do: ‘Oh, this is a great story.’ fall in love and it’s very moving,” says Svich.

“I think my attraction to the material, aside from being delightful and fun, is that it has a bit of a roman à clef to it,” says Svich. “It’s inspired by his real life and his first marriage to Julia Urquidi and also his early days of training for radio drama. So it’s a coming-of-age novel. It’s a coming-of-age novel as an artist. It’s also this potentially transgressive love story at its core and is treated very tenderly but also honoring its complexities.

“And then there’s this wonderful character named Pedro Camacho, who is the mentor of Mario’s character, who is a writer for radio series. And he’s an incredibly exciting character, he’s eccentric, driven, he’s a bit of a mad genius, very funny. but also very sad person. I love this kind of tension in the book between a character coming of age who basically has two mentors in his life. One of them is a romantic mentor and someone who is his artistic mentor And through that, this young man finding his voice as an artist.”

The 1950s were a time of tremendous change for Peru, says Svich. “Lima is growing as a city and there is a lot of international investment in the city, especially in media and communications. It is a city that is growing as a metropolis. It somewhat reflects Mario’s growth. The city is also flourishing around him.”

As for the costumes, all the characters are middle class and wear typical 1950s attire, says Svich. “Part of it is a big costume show in the sense that Julia likes to dress up and spends money on outfits. She comes back to society after the divorce.”

“There’s something compelling about characters who reveal themselves through what they wear.”

When asked who this play would appeal to, Svich says, “It’s a love story and a comedy. I think it transcends the details. I hope we’ve all had an experience with love. And this notion of coming of age is universal.” For people who are artists, the idea of ​​being mentored by someone and finding your own voice and finding your own craft, I think it resonates.”

Performances are scheduled for May 14 through June 5 at 7:30 pm Thursday through Saturday and 3 pm Sunday at the Main Street Theater – Rice Village, 2540 Time Boulevard. Proof of a negative COVI test within 48 hours or a vaccination card is required. Masks are recommended but not required. For more information, call 713-524-6706 or visit mainstreettheater.com. $36-$55.