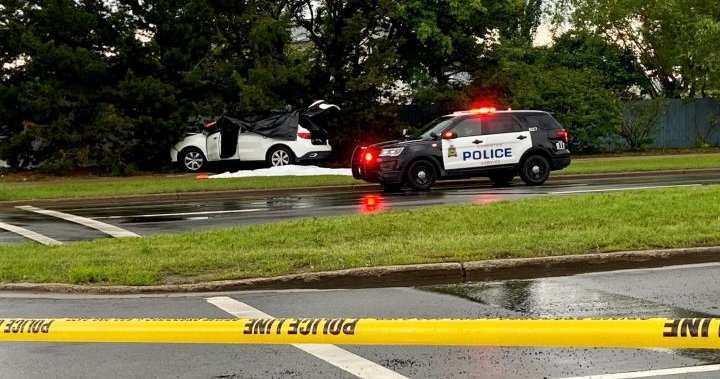 An intersection in northeast Edmonton was cordoned off Monday night as police said they were investigating a report of weapons in the area.

Police said they were unable to provide further details about the scene in the area of ​​137 Avenue and 36 Street.

A Global News crew on scene saw a white car on the grass by the roadside that had bullet holes in the driver’s side window and a black tarp covering it.

Police did not say whether their investigation involves deaths, whether arrests have been made or whether they have any suspects.