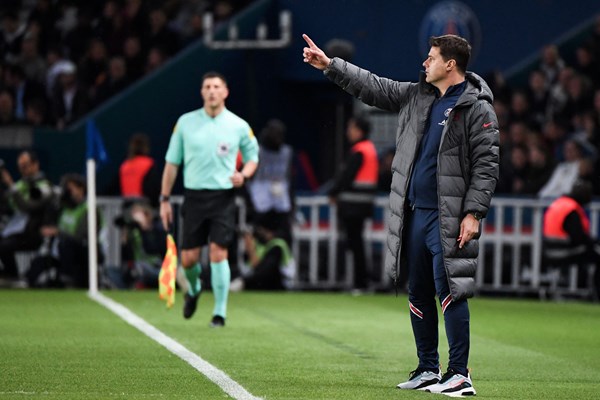 Paris (dpa)
The Argentine Maurizio Pochettino, coach of the Paris Saint-Germain team, which this season won the French Ligue 1 title, announced that he and the young star of the team, Kylian Mbappé, will continue at the club next season at 100%.
Pochettino’s future has been the subject of speculation since Saint-Germain’s exit from the Champions League in the round of 16 against Real Madrid, and rumors of his fate did not cease despite the team’s recent victory in the French League. .
French media reports this week linked Italy’s Antonio Conte, the manager of Tottenham Hotspur, with Pochettino’s succession as PSG manager.
Mbappé’s contract with Saint-Germain is scheduled to expire in July, and talks about his transfer to Real Madrid next season have continued through the current season, but Pochettino said he hopes both will be in Paris next season.
And the British news agency “BA Media” quoted Pochettino’s statements when asked at a press conference about the possibility of him and Mbappé being at the club, to which he replied: 100% for him and for me.
Pochettino, who was a candidate to take over as manager of Manchester United before the red team signed Dutch coach Eric Ten Hag, later added: This is how I feel today. That is what I can tell you today. I can not say anything more. this is how i feel now.
“This is football and we never know what can happen,” Pochettino added. But I have to answer the question based on how I feel today. And that’s what I did.
Pochettino revealed that there are no official talks about his future with the Paris Saint-Germain club.
He continued: “There have been no concrete talks apart from what is normal in terms of our plans and what we have been doing so far.” We have a normal relationship. We are communicating according to the circumstances of the moment.
The Argentine coach added: “But the relationship and communication are good. We continue to work hard, not only thinking about the present, but also with the responsibility in this job that is to think about the future. So this is what we do.