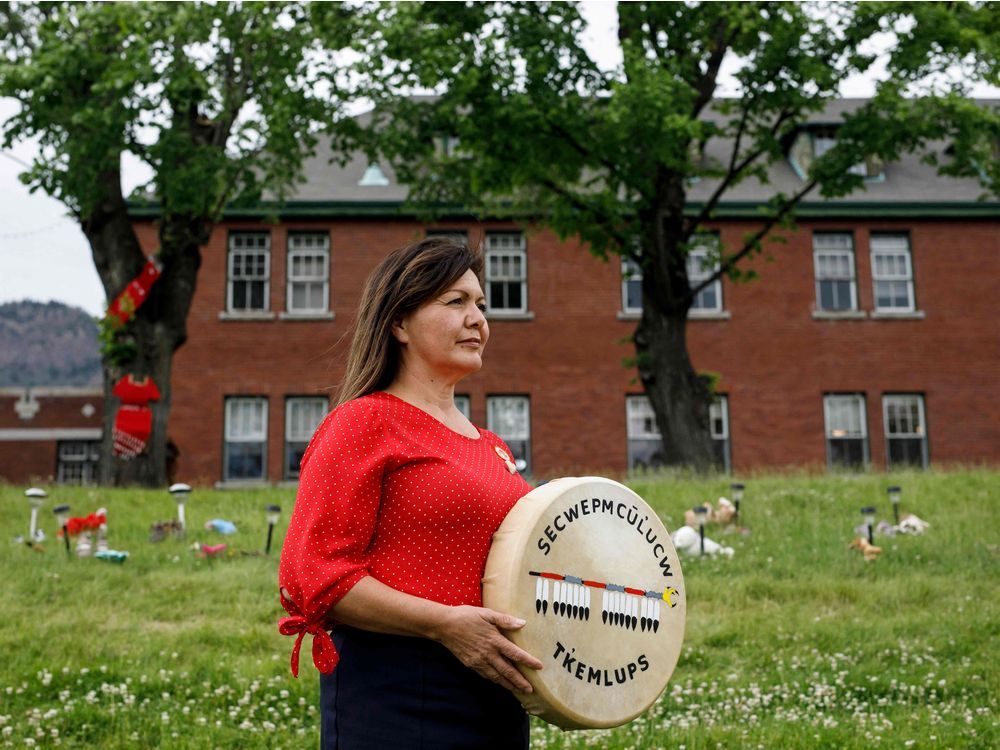 A Kamloops First Nation will hold a memorial Monday for the more than 200 indigenous children whose unmarked graves were discovered a year ago on the site of the former Kamloops Indian Residential School.

Kukpi7 Rosanne Casimir, chief of the Tk’emlups te Secwepemc nation, said there will be traditional indigenous performances and drumming, as well as mental health and cultural support during the one-day ceremony.

It will be held on May 23 from 5 am to 7 pm at the residential school site in Kamloops and is open to all. It is also a drug and alcohol free event.

In May 2021, Casimir announced that ground-penetrating radar had located 215 suspected unmarked graves at the site of the former school, in what he described as an “unthinkable loss”.

“It’s something that shook everyone for the core,” Casimir said, at a news conference Wednesday to announce the memorial to mark one year since the discovery.

“He shuddered I for the hub, you to know, What an father What an mother Y I single, everyone weather I to think about that, either I watch something on the news in Greetings for parents Y kids, it is very traumatizing”.

She said that the memorial is about healing for Indian Residential school survivors Y intergenerational survivors and a Recovery of indigenous idiom Y cultural revitalization.

Casimir added that more archaeological work needs to be done at the site and excavation work is ongoing. They have put together a technical working group made up of various professors, archaeologists, First Nations and ground-penetrating radar specialists.

Following the discovery, hundreds more graves allegedly connected to residential schools were found across the country.

A 4,000-page 2015 report by the National Truth and Reconciliation Commission detailed severe mistreatment in residential schools, including emotional, physical, and sexual abuse of children, and at least 4,100 deaths in the institutions.

The report cited records of at least 51 children who died at the Kamloops school between 1914 and 1963. Officials in 1918 believed that the children at the school were not being fed properly, leading to malnutrition, the report noted.

Again on Wednesday, Casimiro expressed disappointment that Pope Francis will not visit the province during his trip to Canada in July.

Casimir said it was “truly disappointing” that he had not accepted invitations to meet and visit the former Catholic-run school, the first site where the discovery last year of unmarked graves made international news.

He said that they had expressed to the Vatican that it is possible to travel because the airport is only 15 minutes away and there is a hospital just a few blocks away.

“I am upset, but I make to know that independently, East it is an very essential point in our history today,” he said at the news conference.

Prince Charles and Camilla, the Duchess of Cornwall, are touring Canada this week, but they won’t be stopping at the Kamloops school. Casimir called this a missed opportunity to take steps toward reconciliation.

—with archives from Dan Fumano and The Canadian Press

Sign up to receive daily headlines from the Vancouver Sun, a division of Postmedia Network Inc.