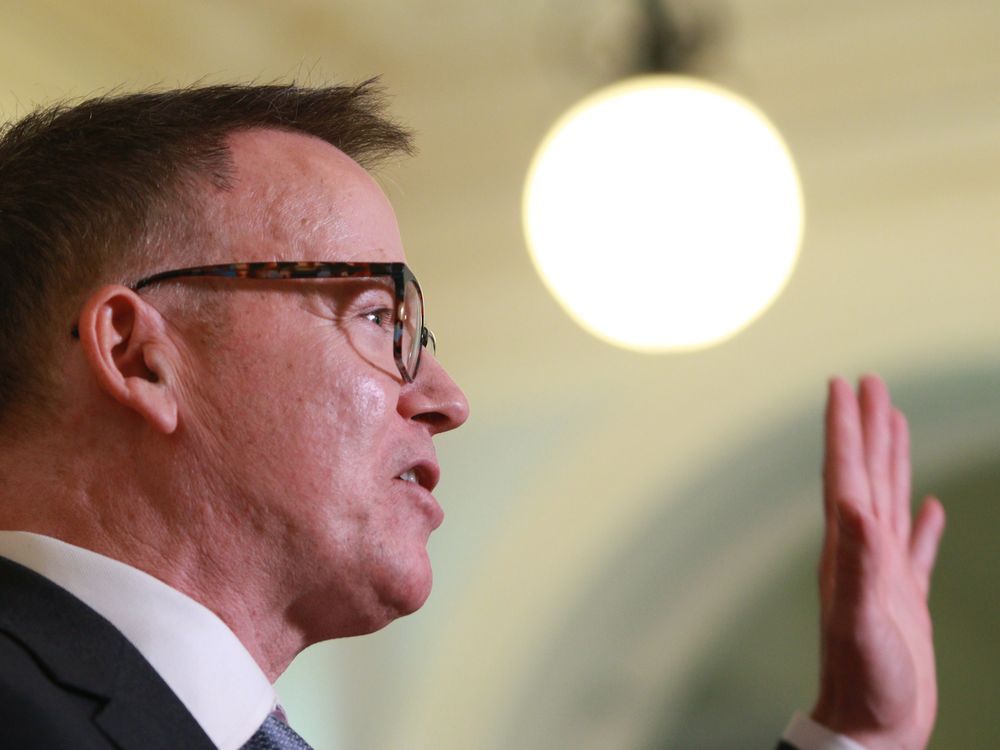 VICTORIA — When Kevin Falcon took office in the legislature on Monday, he entered an environment rich in targets for an opposition leader.

For two years, the pandemic has been the dominant theme in the province, crowding out all other stories and public concerns, rightly or wrongly.

Now, other stories and concerns are making their way back to front pages, news charts and social networking sites.

The problems have been there all along, bubbling up, make that fester, below the surface. Now they are taking over the political narrative.

Falcon had an apt metaphor for Monday: “It’s like when the tide goes out and suddenly everyone is like, where did all this crap come from?”

As he approached his first question period as Leader of the Opposition, there was idle speculation as to which of the many possibilities he would lead.

I thought I’d take advantage of Prime Minister John Horgan’s latest blunder, his advice to British Columbians pressured by record gas prices: “Think before you get in the car. Do you need to make that trip?

Yes, prime minister, you need to get in the car to go to work.

This from a politician whose master political coup at the start of the 2017 election was getting rid of bridge tolls. Now ask, is this trip really necessary?

It made me wonder if Horgan is losing the populist touch that propelled him to the prime minister’s office and then to majority government.

Falcon made a passing mention of the prime minister’s blunder in calling for relief on gasoline prices during question period.

But he focused mainly on a new topic that came to him on Friday: the government’s billion-dollar plan to replace the Royal BC Museum in the provincial capital.

The announcement came out of nowhere on a Friday afternoon and included a surprise.

The existing museum, a much-loved institution in the provincial capital, will close for good in September.

The replacement, for which there is no publicly available design or business plan, will not open for eight years.

Why eight years? Why not keep at least part of it open while you come up with a final design and business plan?

The explanations were mostly nonsense.

One got the impression that the New Democrats couldn’t wait to get rid of the existing museum so they could re-imagine it, no matter how long it takes and the cost.

The prime minister himself opened the press conference by describing the existing museum as a dumping ground for unwanted visitors: “I sent people I didn’t want to visit there when they came to town.”

He then added: “I’ve been to this building a billion times. I’ve walked through every exhibit every time and yearn for something new.”

He also criticized the Victoria Times Colonist for publishing too many letters defending established exhibits such as Old Town, which closed last December.

Hearing Horgan disparage the place made me wonder what he must have thought of the visitors he sent there.

As for the $1 billion price tag, the New Democrats claimed they had a business case for replacement. But they refused to publish it, claiming that it is being investigated before its release.

Assuming they follow the example of the business plan for the replacement of the Massey Tunnel, they will eliminate all data and analysis that would allow an independent judgment as to whether the government is making the right decision.

The Feb. 22 provincial budget included $224 million in capital spending over three years at the museum for construction of a new collections and research building.

In less than three months, the capital plan has grown to $1 billion and eight years, with no business plan or design that they were willing to share with the public?

The death sentence for the existing museum. The rush to close the old place before a replacement plan is ready. The price of $1 billion.

It all smacks of a prime minister obsessed with a legacy project for his home base in the provincial capital region, and to hell with spending.

Falcon seized on that possibility in a matter of time, calling the museum’s replacement a “vanity project” for John Horgan.

Falcon countered that the $1 billion for the replacement museum, although spread over eight years, sent the wrong message about the government’s priorities.

Outside the house, the Liberal leader announced that if he wins the next election in October 2024, he will cancel the $1bn replacement museum in favor of a more modest makeover.

He also predicted that, given the incomplete nature of the plan announced Friday, it is unlikely that the New Democrats will have started construction on the replacement before Election Day.

As the day ends, with the government on the defensive over its museum project, I hope the New Democrats realize (if they had any doubts) that they are going to fight between now and the next election.

Sign up to receive daily headline news from the Vancouver Sun, a division of Postmedia Network Inc.