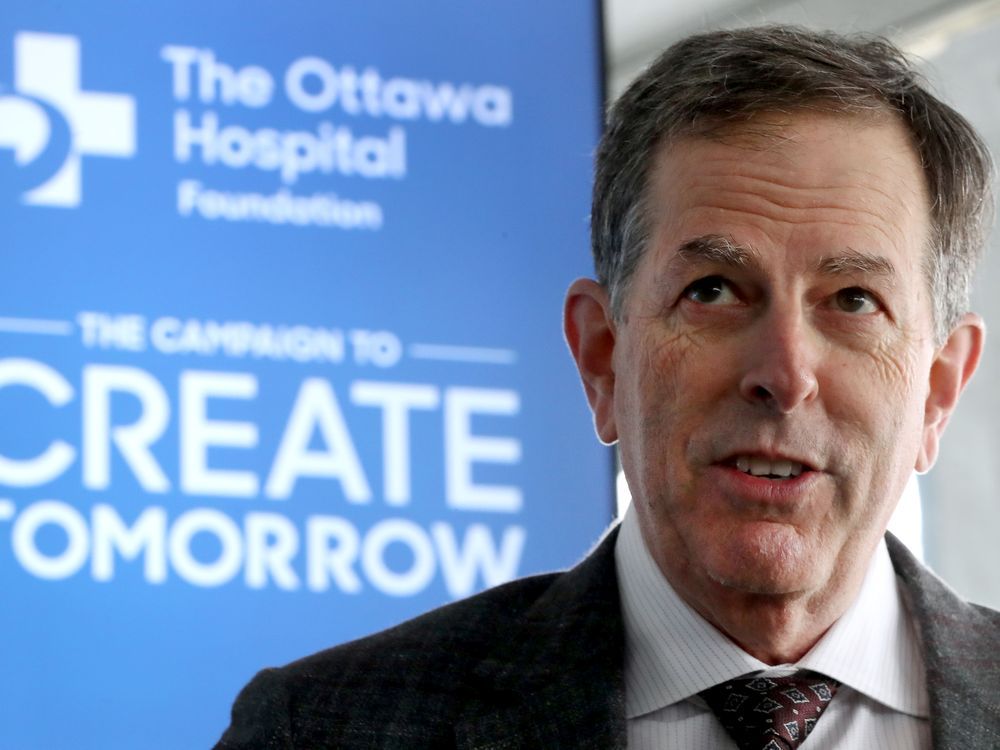 The Ottawa Hospital Foundation launched a $500 million fundraising campaign for its new $2.8 billion Civic campus on Tuesday, with campaign chairman Roger Greenberg announcing a $25 million donation from shareholders of The Minto Group. , of which he is executive president.

“I’ve seen the Civic, I’ve been in the Civic, I know how old-fashioned it is,” he added. “But this will be a new campus that will advance healthcare in incredible ways. And it will also be a huge economic generator for businesses in this city. Over time, it will be a campus with other associated research facilities and buildings. The pool of activity that will come here to support the medtech community will be huge and will create thousands of good paying jobs in Ottawa that don’t exist today.”

Minto’s donation to the hospital’s Create Tomorrow Campaign, according to Tim Kluke, president and CEO of the TOH Foundation, is the largest healthcare donation in Ottawa history, topping the $11 million that Dan’s family Greenberg and Barbara Crook donated to Queensway Carleton Hospital’s Care Grows West program in 2008.

Although TOH’s campaign officially launched on Tuesday, the foundation has been busy encouraging donations for some time. Kluke said $216 million has been raised so far from thousands of donors. Details about some of the larger donations, he added, will be made public in the coming weeks.

“We have turned to families who have supported us in the past, and we have been blessed with some generous gifts from the community and we are truly humbled by their support.”

TOH President and CEO Cameron Love kicked off Tuesday’s launch, which was held in a tent at the controversial Dow’s Lake/Experimental Farm site on the planned campus. “It’s hard to imagine right now,” Love said, “but just a few years from now, where we are now will be very close to the ambulance entrance to a brand new emergency department and one of the largest in Canada. . level 1 advanced trauma centers.

Love also pointed out that a recent report by the accounting firm Deloitte concluded that the four-year construction phases alone will inject $2 billion into the local economy.

Among the speakers at Tuesday’s announcement was Bushra Saeed-Khan, who, two months into a year-long diplomatic mission to Afghanistan in 2009, survived a roadside bomb blast that killed four Canadian soldiers and journalist Michelle Lang. Saeed-Khan lost a leg as a result of the blast and spent nearly two years in Ottawa Hospital’s trauma and rehabilitation centers. On Tuesday, he discussed some of the features of the new hospital, in particular the abandonment of multi-patient rooms in favor of single-patient rooms.

“That was critical for me, and it’s not something that I think a lot of people would appreciate how important it is to recovery.

“But in both places, due to the aging of the building and the number of people requiring care, I was often moved to different rooms that had between two and four people. And while I was grateful to receive care, it was really hard for me to recover the way I needed to, and I also interrupted other patients by waking up in the middle of the night, sometimes screaming in my sleep. I still feel guilty for being in that position, but there weren’t enough single rooms.

“It was a tough time,” he added, “and I was so happy to hear that they are pushing single occupancy rooms. These are the things that, as we go forward, I think will be really useful.”