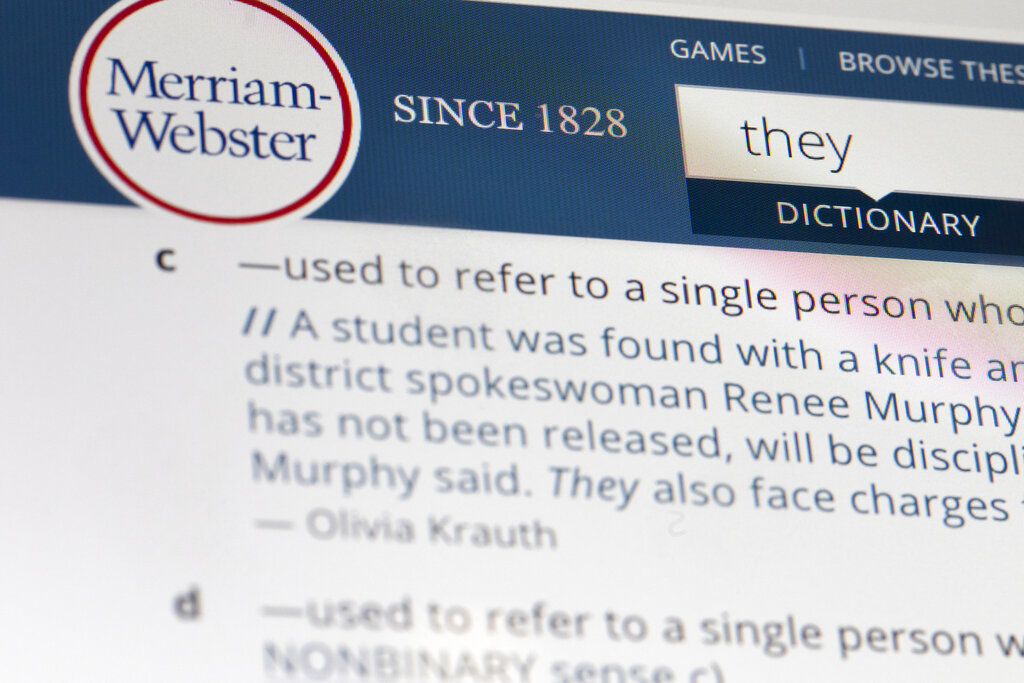 An Orange County man was arrested last week for allegedly threatening Merriam-Webster with violence for including references to gender identity in his online dictionary.

Jeremy David Hanson, 34, of Rossmoor, was arrested Tuesday and charged in federal court in Springfield, Massachusetts, where the dictionary company is based.

Hanson is accused of sending numerous online threats to the company through the website’s comments section and contact page, according to the US Department of Justice.

In October 2021, Hanson allegedly used the handle “@anonYmous” to make threatening comments on the Merriam-Webster website for posts that included references to gender identity, including “female” and “girl.” Among those threatening comments, the username posted under the definition of “female”: “It is absolutely disgusting that Merriam-Webster is now telling blatant lies and promoting anti-science propaganda. There is no such thing as ‘gender identity.'”

The California man is also accused of using the “Contact Us” page to send a threatening message that the company’s headquarters should be “shot and bombed.” In that message, Hanson again referenced the definition of ‘woman’ as he wished violence on company staff members. “You evil Marxists should be killed,” Hanson allegedly wrote under the pseudonym. “It would be poetic justice for someone to storm your offices and shoot the place up, leaving none of you communists alive.”

Days later, another message from a user believed to be Hanson referenced threats to “bomb their offices for lying.”

Authorities were notified of the threatening messages that led to Hanson being identified as the person suspected of sending the online threats and using the handle to leave the comments.

Through the investigation, authorities were also able to identify numerous other threatening comments and messages believed to have been made by Hanson that were directed at the American Civil Liberties Union, Amnesty International, Land O’Lakes, Hasbro, IGN Entertainment, the University of North Texas, professors at Loyola Marymount University, and a rabbi in New York City.

“Hateful threats and intimidation have no place in our society,” US Attorney Rachael S. Rollins said in a press release. “We believe that Hanson sent a multitude of threatening and despicable anonymous messages related to the LGBTQ community that were intended to cause fear and division. My office and our law enforcement partners will not tolerate threats against members of our communities, no matter what corner of the internet they are sent from.”

Hanson has been charged with one count of interstate communication threatening to commit acts of violence. According to the Justice Department, a conviction could result in a sentence of five years in prison, three years of supervised release and a $250,000 fine.

Joseph R. Bonavolonta, special agent in charge of the FBI’s Boston Division, said that while everyone is entitled to express their opinions, Hanson’s comments crossed the line and went beyond the limits of protected speech when he threatened life. of others.

“We will always go after people who try to intimidate and isolate members of our community by inciting hateful and violent acts. Threats to life are certainly not protected speech and cause real fear in victims,” Bonavolonta said.

Hanson was released after his initial appearance in California Central Division federal court. He is due in court in Massachusetts on Friday.

In the meantime, any person or organization that believes they may have been threatened by Hanson is asked to contact the US Attorney’s Office at 888-221-6023.