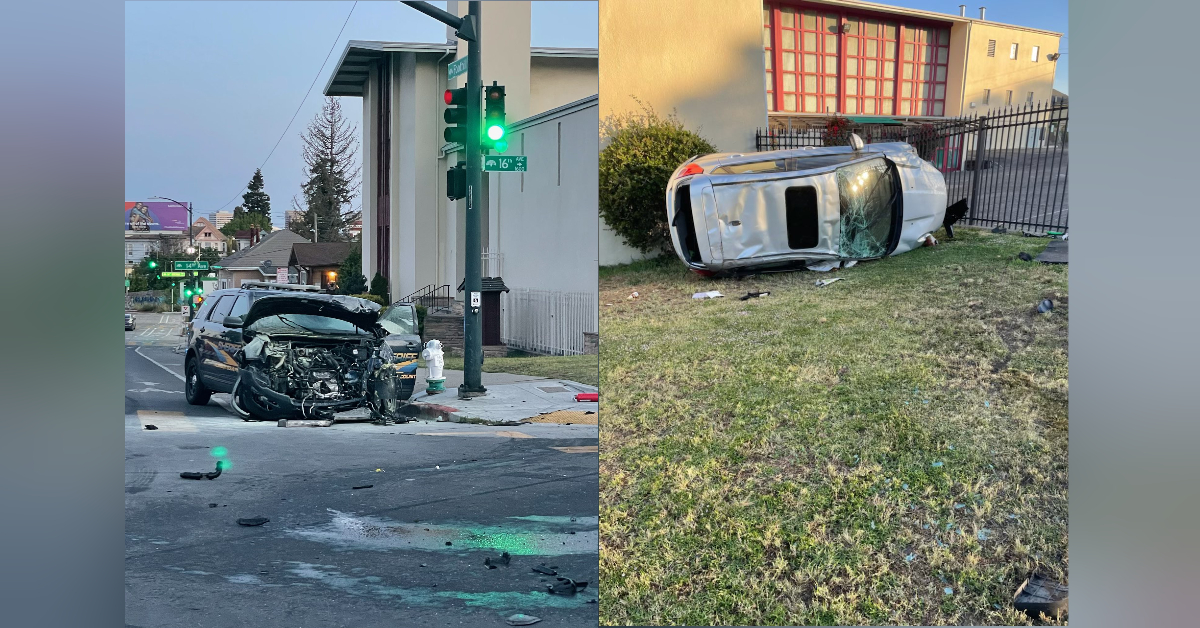 Around 4:30 a.m., a driver ran a red light near 16th Avenue and Foothill in Oakland. The driver reportedly drove at a high rate of speed, went through a traffic light and collided with the deputy’s car.

The deputy was transported to a hospital with injuries. They are being treated and are expected to recover, officials said in a cheep.

Police say the driver was intoxicated at the time of the incident. He was arrested after the accident. No other information about the suspect was released.

Pictures of the accident show both cars severely damaged. Both drivers survived the incident. No other injuries were reported.

“We are thankful that no one has died,” Alameda County officials said in a statement. cheep.

This is a developing story. Please check back for updates.