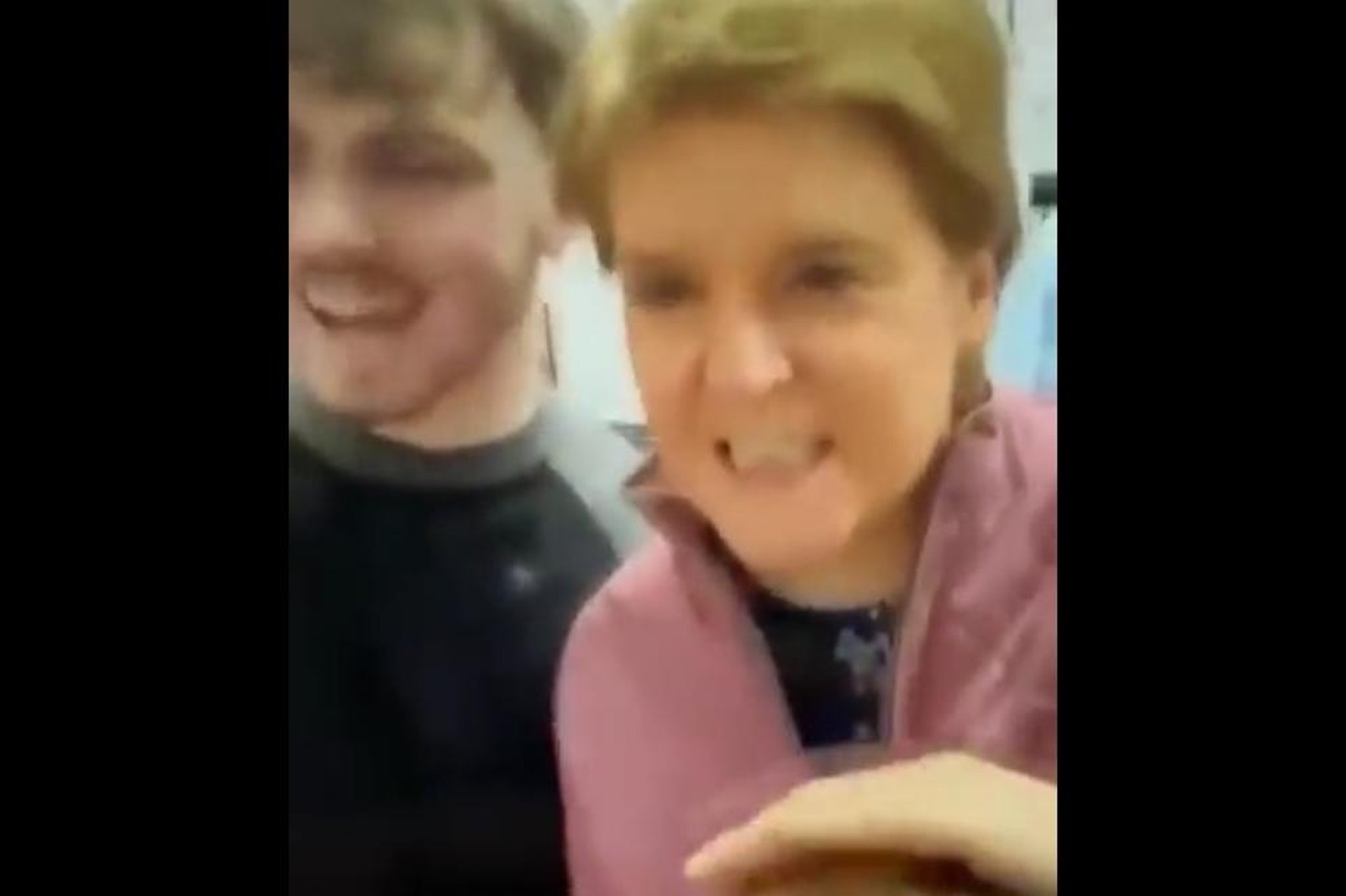 Nicola Sturgeon was reported to Police Scotland after being accused of breaking covid laws when video surfaced of her socializing with people indoors without wearing a mask.

While campaigning ahead of local council elections in Scotland, the First Minister visited Icoic Gents Hair in East Kilbride, where the video in question was filmed.

the bulletin i cuts the noise

The video shows Ms Sturgeon mingling with clients and staff members inside without a mask. The Prime Minister strokes the head of a man in a barber chair as he mimics the sound of an electric razor.

It comes as, until tomorrow, Scotland has laws requiring people to wear face masks in public places such as hairdressers and shopping malls.

From Easter Monday onwards, this law will become a guide that the Prime Minister herself has strongly encouraged others to follow.

Interview: Nicola Sturgeon on the ferry fiasco and an ‘upcoming’ independence referendum…

Following the appearance of the video, Jane Lax, former treasurer of the Moray Conservative Association, accused the First Minister of “sheer arrogance” and claims to have reported her to Police Scotland.

The video shows Nicola Sturgeon without a mask in a public place.

She tweeted: “I’ve had enough of this disdain and sheer arrogance from Nicola Sturgeon.

“Someone needs to report her to Police Scotland and as the opposition parties are not holding her to account I will have to be a bit older than myself.

“However, you need more than me to do it.

“I’m sure Police Scotland will do nothing about it, but if we do nothing, we will be complicit in their ability to taunt us.”

Police Scotland have said they are currently evaluating the report.

A Police Scotland spokesman said: “We can confirm that we have received a complaint which is currently being assessed.”

Commenting on the video, an SNP spokesperson said: “The Prime Minister was invited to the barber shop during an outdoor visit on the street.

“Within a few seconds, he realized he hadn’t put his mask back on and immediately put it back on.”

“She’s happy to point out the virtues of official photos, but behind closed doors it’s clear she doesn’t believe in her own rules, so why should anyone else?

“This is blatant hypocrisy from the Prime Minister who has now shown her true colours.

“The public, who have been under these Covid legal restrictions for over two years, deserve an apology for breaking this rule.”

In December 2020, Ms. Sturgeon apologized after she broke Covid rules by removing her face mask at a wake.

She described it as “a stupid mistake” and said, “I’m so sorry.”

On Easter Monday, the legal requirement to wear face coverings in public places and on public transport across Scotland will end.

Speaking about the face mask guidance her government strongly recommends after the removal of the legal requirement, the Prime Minister said that Covid-19 was “still available”, adding: “Wearing a face covering is one bit of protection it can provide. , not just yourself but people you might be with, including people who might be more clinically vulnerable.”

A message from the Editor:

Thanks for reading this article. We depend more than ever on your support, as the change in consumer habits caused by the coronavirus affects our advertisers.

If you haven’t already, please consider supporting our trusted and verified journalism by getting a digital subscription.