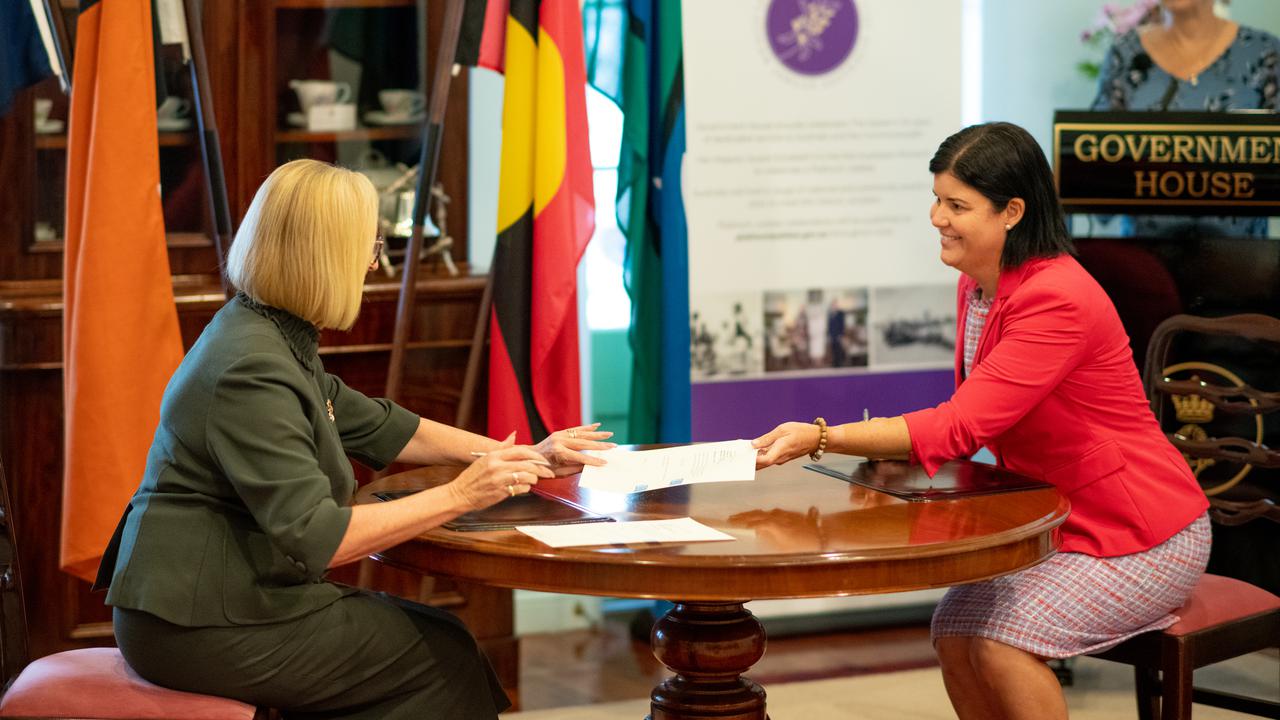 The Northern Territory’s new chief minister, Natasha Fyles, says she is surprised to have been selected for the top job, but is ready to get to work.

The former health minister was unanimously elected by the 14-member Labor Party caucus on Friday following the surprise resignation of Michael Gunner earlier in the week.

“It has been a great week. When I was standing on the sidelines at football last week at Bagot Oval, I certainly didn’t expect the week to end this way,” the 43-year-old former school teacher and football mother told reporters before being sworn in.

“It’s a bit of a shock, but it’s an absolute privilege. I do not take this responsibility lightly.”

The cabinet will remain the same for next week’s parliamentary sessions, with Ms Fyles adding Mr Gunner’s portfolios, including the treasury, to the Ministry of Health.

A new cabinet and leadership team will be selected the following week, and changes are expected.

Ms Fyles, from the left-wing faction, entered parliament in 2012. She is the second woman to be appointed chief minister after Labor Clare Martin in 2001 and the third to lead the Labor Territory.

She is only the second of 12 NT chief ministers to be born in the territory since the first Legislative Assembly election in 1974.

“I am a territorial girl through and through. I have raised my hand to serve because I love this place. I want to work every day to do better,” said the mother of two boys.

“I’ll get to work. I have shown the people of Territory that I can work incredibly hard and I can balance the commitments I have with a family.”

The change in leadership from the right-aligned Mr. Gunner to the left is likely to lead to policy adjustments when it comes to social and environmental issues.

“We need to make changes. We need to continue to make sure that we continue to provide those economic opportunities that we have,” said Ms. Fyles.

“But I will not leave aside those social challenges that we have here in the territory. Crime and antisocial behavior, it’s a big job and we know we have to change… Housing, education, absolutely that’s going to be a key focus.”

Gunner, 46, resigned on Tuesday moments after handing over NT’s budget, saying his head and heart were no longer in the job.