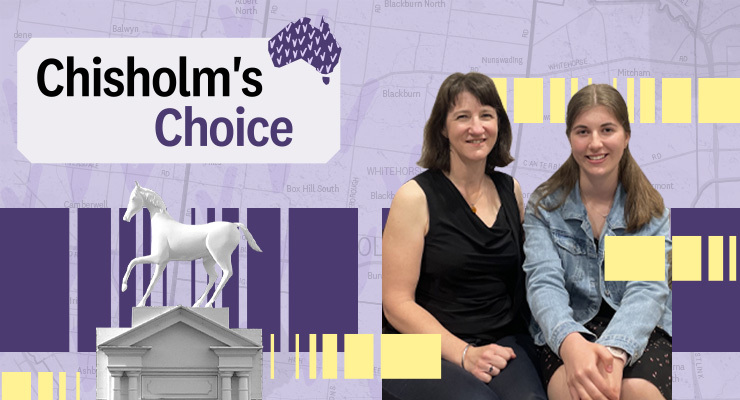 In this special series, Crikey is partnering with the Center for the Advancement of Journalism at the University of Melbourne to delve into the heart of fringe federal headquarters Chisholm, in southeast Melbourne, to see what people are thinking ahead of the election. You can read the first piece in the series here.

Alison Cooke and her teenage daughter, Amber, struggle to remember the name of the Labor candidate for their hotly contested electorate.

Incumbent Liberal Liu holds the seat by a meager 0.5%, and for some voters in Chisholm with deeply held views on issues close to their hearts (voters like Cooke), that presents a rare and powerful opportunity for a genuine change.

Disability and eldercare are what matters to him in the run-up to the election, and he discusses them passionately.

“I’m an occupational therapist, so I work in that sector and I can see there’s a huge labor shortage,” he says. “It’s leaving people with disabilities and older people very vulnerable, and I feel like they’re kind of left behind.”

Cooke, 49, a lifelong Liberal voter and resident of Blackburn South for 24 years, says support for the NDIS will be critical to winning his vote.

“I am really interested to see what Labor will say they are going to do, because I am not at all impressed, although I say I am a Liberal voter in general, with what the Morrison government is doing or not doing. doing in that space.

“I think that’s the problem. Many politicians say: ‘We are going to do this, this and this’, but they don’t give you the details”.

Labor’s plan to introduce six measures to tackle the NDIS, which it says is aimed at putting disabled people “back at the top” of the scheme, may be exactly what voters like Cooke are looking for.

The NDIS would appear to be a priority shared by many voters. Labor’s Anthony Albanese and Prime Minister Scott Morrison traded blows over the scheme at the first leaders’ debate in Brisbane on April 20, with Albanese accusing the Liberals of lacking the vision to run the scheme. In turn, Morrison pointed to the history of economic management of his party as the fundamental reason that supports the viability of the plan.

Although Cooke will select either Liu’s or Garland’s name on his ballot on May 21, it is federal leaders who ultimately influence which party he will endorse. She acknowledges the general feeling that Morrison is a polarizing figure, unpopular with many voters.

“I’m trying to understand why they hate it so much,” she says. “Since I am also a Christian, I guess his values ​​align with mine.

“I mean, the Brittany Higgins thing… She’s made a lot of mistakes, but I guess what’s important to me is the ability to have religious expression.”

Alison’s daughter Amber, a Year 12 student at Donvale Christian College, turns 18 on Election Day, but her lack of knowledge of the candidates has dampened her enthusiasm for her first ballot.

“I don’t really feel a connection to any of the people we can vote for,” she says. “It just doesn’t feel that exciting.” 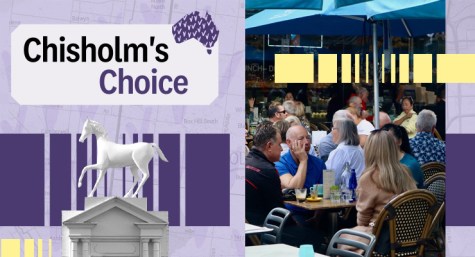 Among his friends, politics related to climate change and the environment figure prominently, as does mental health, though politics isn’t exactly the topic of conversation at lunchtime.

“I think we have similar concerns, but we don’t necessarily voice them. Some people in the school are already very passionate about this stuff, but I feel like we’re just figuring things out.”

Although she does not feel well informed, she believes that the lack of details about the local candidates makes the election difficult.

Garland, the former deputy secretary at Victorian Trades Hall, is seen by some within Labor circles as a surprise pick, a late pick which, combined with relatively low visibility online, has meant that voters don’t know much about her.

And Liu, born in Hong Kong, has questions to answer about her background. Labor has released new ads asking “What do we know about liberal Gladys Liu?” questioning her national security credentials.

“I really don’t know anything about [the candidates]. We don’t learn about it in school, or anything to do with politics,” says Amber. “And even trying to find information about the candidates… It’s hard, there’s not much about their policies.”

As Election Day approaches, Morrison’s performance as prime minister over the last four years weighs heavily on Amber’s vote, as do the campaign tactics of Albanese and the Labor Party.

“They don’t say what they would do differently, they just say what’s wrong with Scott Morrison. So I feel like I would trust Scott Morrison more just because… well, I don’t know, we know him.”

Of the 151 federal electorates, only nine changed hands in the 2019 election, illustrating the power of incumbency, echoed by this first-time voter.